LawVision – Can it really be Fall again? Some of us have hardly noticed, being more astonished by the Cubs in the playoffs, or perhaps dismayed by the upcoming US election. But law firm leaders know it.

As we enter October, firms are gearing up their year-end efforts – budgeting, rate setting, collections, and starting the advance work on compensation. Except for collections, the 2016 business year is close to done, and most firms are beginning to think about next year’s agenda – while simultaneously focusing on what messages to deliver to partners as the year-end approaches. Business as usual, on an annual cycle.

But what did, or will, your firm accomplish this year?

Going into 2016, my partner, Mike Short, suggested that you focus on accomplishing one or two major projects that would have a profound effect on your firm, and provided some suggestions for possible efforts (10 Projects That Can Produce Big Results in 2016). Did you take him up on this suggestion? And did you complete the efforts? If you did, you have the satisfaction of having moved your firm forward this year, but don’t stop there – target a couple of new efforts for 2017!

For those leaders out there who feel like you are ending 2016 in the same place you ended 2015, there may be some things you could still accomplish in 2016 that would move the needle for 2017 and beyond, and give you some positive momentum going into the New Year.

Consider the following as they apply to you:

There may be other ideas that are more applicable to your firm, and if so by all means pursue those. But concentrate on one or two that can be completed relatively quickly (in between your normal year end demands) but that can also begin to impact the firm longer term. The ideas above are each intended to start a process – not in themselves be the end of one. Perhaps you can look back at Mike’s list from last year, identify a critical need for your firm, and do something material in the remaining days of 2016 that will put the ball in motion for a continued effort into the future.

Although there may be little beyond a collections focus that will at this point materially change 2016’s financial results, there is still time to take a few steps that will put the firm in a better place entering 2017 than your were entering 2016. 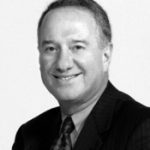 Joseph Altonji is a founding Principal of LawVision Group and has spent over 30 years consulting to law firms and their leaders both in the United States and internationally. Prior to launching the LawVision Group, Joe spent 22 years with Hildebrandt Baker Robbins, and its predecessor firm, Hildebrandt International, as a strategist and senior Managing Director. 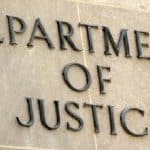 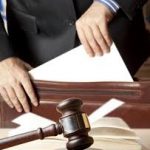