LAS VEGAS, Nev. – A California man who possessed and used over 500 fraudulent credit and debit cards throughout the Las Vegas Valley was sentenced Thursday to 60 months in prison, announced U.S. Attorney’s Office Dayle Elieson for the District of Nevada.

Khachatur Zakaryan, 37, of Glendale, Calif., pleaded guilty without the benefit of a plea agreement to one count of possession of 15 or more counterfeit or unauthorized access devices, four counts of producing, using, or trafficking in a counterfeit access device, and four counts of aggravated identity theft. In addition to the prison term, U.S. District Judge Andrew P. Gordon ordered him to serve a three year term of supervised release.

In February 2017, Zakaryan and unnamed coconspirators possessed counterfeit prepaid and gift debit cards encoded with stolen account numbers and account information. He drove to multiple ATM machines throughout the Las Vegas Valley to fraudulently withdraw cash advances from the stolen bank accounts. He fraudulently conducted cash outs at ATM machines at different locations within a short amount of time.

At the time of this offense, Zakaryan was on probation in a state felony case for similar conduct with counterfeit credit/debit cards.

Zakaryan still faces pending charges for ATM skimming and fraud crimes in the state of North Carolina during the same approximate time period. 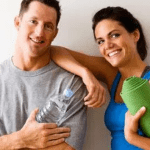