Lawfuel.com – Law News Daily – Preet Bharara, the United States Attorney for the Southern District of New York, announced that GERARD CANINO, the president and owner of First Class Equities (“FCE”), was sentenced today in Manhattan federal court to 97 months in prison for his participation in a $66 million mortgage fraud scheme. CANINO pled guilty in April 2012 to conspiracy to commit wire fraud and bank fraud in connection with the scheme, and was sentenced by U.S. District Judge Robert P. Patterson.

Manhattan U.S. Attorney Preet Bharara said: “With his sentence today, Gerard Canino, the architect of an elaborate house of cards that worked a fraud on lenders and homeowners, begins to pay the price for his scheme. Mortgage finance professionals have a duty to safeguard the integrity of their industry, not orchestrate phony schemes that leave a trail of foreclosed properties and other losses when the sham structure collapses.”
According to the Indictment previously filed in Manhattan federal court, as well as
statements made in public proceedings:
FCE was a mortgage brokerage firm with offices located in Oceanside and Old Westbury New York. CANINO was the president and owner of FCE.
From 2004 to 2009, CANINO and FCE engaged in a massive mortgage fraud scheme. As part of the scheme, CANINO and his co-conspirators arranged home sales between “straw buyers” – persons who posed as home buyers, but who had no intention of living in, or paying for, the mortgaged properties – and homeowners, often people in financial distress, who were willing to sell their homes. CANINO and others recruited straw buyers, many of whom were paid by CANINO and his co-conspirators. At his direction, the FCE loan officers obtained mortgage loans for the sham deals by submitting fraudulent applications to banks and lenders, using fraudulent representations about the straw buyers’ net worth, employment, income, and plans to live in the properties. After approving the loans, the lenders sent the mortgage proceeds to their attorneys, and the attorneys submitted false statements to the lenders about how they were distributing the loan proceeds. They then distributed the loan proceeds – typically tens of thousands of dollars per transaction – among themselves and other members of the conspiracy.
* * *
In addition to his prison term, CANINO, 51, of Merrick, New York, was sentenced to three years of supervised release. He was also ordered to forfeit the proceeds of the offense to the government and make full restitution to the victims of his crime.
CANINO’s co-conspirators in the scheme included, among others, the FCE loan officers Ian Katz, Omar Guzman, James Vignola, Henry Richards, and Robert Thornton; the real estate attorneys Neal Sultzer, Michael Raphan, Michael Schlussel, Jacquelyn Todaro, Kevin Hymowitz, and Dennis Berkowsky; the real estate title agent Michael Charles; and other individuals, including Ralph Delgiorno, Deborah Lazarou and Pandora Bacon. Each of these defendants pleaded guilty, with the exception of Raphan, who was convicted after trial.
Schlussel was sentenced to 46 months in prison. Raphan was sentenced to 36 months in prison. Hymes and Sultzer were sentenced to 24 months in prison. Vignola was sentenced to 13 months in prison. Delgiorno was sentenced to a year and a day in prison. Guzman was sentenced to 360 days in prison. Richards and Todaro were sentenced to time served. All the sentences were imposed by Judge Patterson in Manhattan federal court. The other defendants are awaiting sentencing.
Mr. Bharara praised the Federal Bureau of Investigation for its outstanding work in the investigation.
This case was brought in coordination with President Barack Obama’s Financial Fraud Enforcement Task Force, on which Mr. Bharara serves as a Co-Chair of the Securities and Commodities Fraud Working Group. The task force was established to wage an aggressive, coordinated and proactive effort to investigate and prosecute financial crimes. With more than 20 federal agencies, 94 U.S. attorneys’ offices and state and local partners, it’s the broadest coalition of law enforcement, investigatory and regulatory agencies ever assembled to combat fraud. Since its formation, the task force has made great strides in facilitating increased investigation and prosecution of financial crimes; enhancing coordination and cooperation among federal, state and local authorities; addressing discrimination in the lending and financial markets and conducting outreach to the public, victims, financial institutions and other organizations. Over the past three fiscal years, the Justice Department has filed nearly 10,000 financial fraud cases against nearly 15,000 defendants including more than 2,900 mortgage fraud defendants. For more information on the task force, please visit www.StopFraud.gov.
This matter is being handled by the Office’s Complex Frauds Unit. Assistant U.S. Attorneys Nicole Friedlander, Niketh Velamoor and Andrew Goldstein are in charge of the case.
13-185 ### 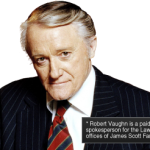