A joint study of law firms and their future, based on data from 135 US firms shows that they will need to embrace shifting changes in the legal market as well as warning that the sector will not be returning to its pre Global Financial Crisis heyday.

Jointly produced by the Center for the Study of the Legal Profession at Georgetown University Law Center and Thomson Reuters Peer Monitor, the report draws on a variety of other studies conducted over the past year on such subjects as partner compensation, law firm composition, and demand for lawyers to paint a portrait of an industry in flux.

Based on data culled from 135 firms in the Peer Monitor database, which tracks metrics such as demand, rates, productivity, and expenses, the report describes 2012 as “another year of only modest growth” that produced an average uptick in profits per partner of just 3.58 percent among the surveyed firms. Without breaking those firms into categories based on size or total revenue, the report notes that firms residing within the ranks of The Am Law 100 saw their profits rise just 2.45 percent in 2012, compared to the average 4 percent gain enjoyed by non-Am Law 100 firms.

The Georgetown report does not offer any conclusions about how the firms performed in terms of gross revenue last year. A recent study from Wells Fargo Private Bank’s Legal Specialty Group, however, found that gross revenue rose 5 percent in 2012 among its survey of 100 firms, including more than 50 in The Am Law 100. The Wells survey found profits within that group rose 5 percent on average in 2012.

So far, several Am Law firms have exceeded those averages, according to The American Lawyer’s early Am Law 100 reporting.

At the other end of the spectrum, several firms did see their profits slide last year, according to our early reporting. McDermott Will & Emery’s profits dropped 2.7 percent, to $1.46 million, while Jenner & Block’s slipped 3.6 percent, to $1.49 million.

The Georgetown–Peer Monitor study also found that demand for legal services increased just 0.5 percent last year, based on the number of billable hours logged by firms that report to Peer Monitor. Labor and employment lawyers saw the biggest increase in demand, 4.1 percent, while litigators’ were off slightly and corporate lawyers racked up 1.2 percent more billable hours.

The number of lawyers in U.S. firms, however, increased by 2 percent in 2012, according to the report, contributing to what the authors call an overcapacity in the market. 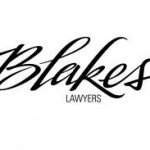