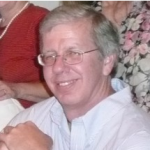 The death of a senior and respected Labor Department lawyer who was charged with sexual assault has created intrigue and sadness among friends and family members.

The Washington Post reports that Paul Mannina, 58,  died with his throat slashed in his prison cell in DC.  He had been charged with burglary and attempted rape

His death came hours after a Superior Court judge found Mannina to be a danger to the community and ordered him held in jail — rejecting pleas from his defense attorney that he be released to seek mental-health care.

The brutal attack occurred June 5 and involved a stun gun, handcuffs and pepper spray. At first, the Northwest Washington victim told police that the attack was random, but she later pointed to a co-worker she knew for 21 years, had harbored a longtime crush on her and with whom she had planned to grab coffee in the morning and spend the day, court documents say.

D.C. jail officials would not answer any questions about the circumstances of Mannina’s death. They would not say whether he was on suicide watch or describe the process under which inmates are screened for special needs or concerns. Police are awaiting results of an autopsy to determine whether the death was a homicide or suicide. Two police officials said Mannina had a cellmate.

Mannina’s attorney and friends, some of whom testified on his behalf Monday, described the government worker — who handled claims related to pension plans — as in need of help. They pointed to a series of troubling signs from the day of the attack and said he would be unable to get the help he needed in jail.