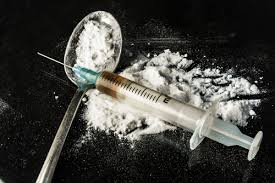 Acting U.S. Attorney Joon H. Kim said:  “As these two defendants admitted today, they conspired and attempted to import heroin into the United States from Afghanistan.  Indeed, as the investigation revealed, they intended to import so much heroin into the United States from Afghanistan that their ‘sample’ shipment, meant as a test run for future shipments to the U.S., was three kilograms of heroin.  We will continue to work with the DEA to curb the importation of heroin, a lethal drug that plagues every community right now.”

According to the allegations contained in the Superseding Indictment to which LAJAWARD and SAID pled guilty, statements made during the plea and other court proceedings, and other documents in the public record:

LAJAWARD and SAID, two Afghan nationals, were part of a drug trafficking organization (the “DTO”) based in Afghanistan that produced and distributed large quantities of heroin.  Between approximately May 2014 and June 2015, LAJAWARD and SAID worked together in an effort to import large quantities of heroin – in the range of 1,000 kilograms – from Afghanistan into the United States.

In August 2014, LAJAWARD began communicating by telephone with an individual he understood to be a New York-based narcotics trafficker, who was in fact an undercover agent of the DEA (the “UC”).  LAJAWARD, in sum and substance, told the UC that he was interested in supplying large quantities of high-quality heroin for importation into the United States, where it would be sold for millions of dollars.  In the course of the calls between LAJAWARD and the UC, LAJAWARD introduced the UC to one of LAJAWARD’s heroin-trafficking associates, SAID.

On October 30, 2014, LAJAWARD and the UC met in person in Dubai, United Arab Emirates.  In the course of that recorded meeting, in sum and substance, LAJAWARD continued to express his interest in supplying large quantities of heroin to the UC for importation into the United States, and LAJAWARD offered to supply a sample of heroin to the UC, as a test shipment to be sold in the United States.  In the months following that meeting in Dubai, in the course of recorded telephone calls with the UC, LAJAWARD and SAID arranged to supply a three-kilogram sample of heroin in Kabul, Afghanistan (the “Heroin Sample”).

During those recorded calls, LAJAWARD, SAID, and the UC agreed that the delivery of the three-kilogram Heroin Sample would occur in Kabul on or about January 15, 2015.  On that day, an undercover Afghan law enforcement officer, acting at the direction of the DEA and posing as an associate of the UC, met with LAJAWARD and one of LAJAWARD’s associates in Kabul and received delivery of the three-kilogram Heroin Sample.  In parallel, over 1,000 miles away in Dubai, the UC met with another associate of LAJAWARD to pay for the Heroin Sample, as had been arranged during recorded calls between the UC and LAJAWARD.  At that meeting, which was recorded, the UC paid $10,500 to the associate for the Heroin Sample.

About two weeks later, on January 28, 2015, SAID met with the UC in Dubai.  During that recorded meeting, in sum and substance, SAID discussed the Heroin Sample that the DTO had recently supplied for importation into the United States, stated that the DTO was prepared to supply 1,000 kilograms of heroin to the UC, and indicated that it would only take the DTO about 15 days to produce 100 kilograms of heroin for shipment to the United States.

On April 2, 2015, SAID met again with the UC in Dubai.  During that recorded meeting, SAID and the UC negotiated additional details of the agreement for the DTO to supply massive quantities of heroin for importation into the United States, including that LAJAWARD and SAID would share in the profits generated from the sale of the heroin in the United States.  SAID also agreed, in sum and substance, that he and LAJAWARD would meet the UC in Thailand, for purposes of finalizing the heroin deal, and for LAJAWARD and SAID to receive their share of the profits generated from the purported sale in the United States of the three-kilogram Heroin Sample previously supplied by the DTO.

LAJAWARD, 52, of Afghanistan, and SAID, 46, also of Afghanistan, each pled guilty to one count of conspiring to import one kilogram and more of heroin into the United States, and to one count of distributing or attempting to distribute one kilogram and more of heroin, knowing and intending that it would be imported into the United States.  LAJAWARD and SAID each face a maximum sentence of life in prison and a mandatory minimum sentence of 10 years in prison.  The maximum potential sentences are prescribed by Congress and are provided here for informational purposes only, as any sentencing of the defendants will be determined by a judge.  Sentencing is scheduled for November 1, 2017, at 3:30 p.m., before Judge Wood.

This prosecution is being handled by the Office’s Terrorism and International Narcotics Unit.  Assistant U.S. Attorneys Rebekah Donaleski and George D. Turner are in charge of the prosecution.