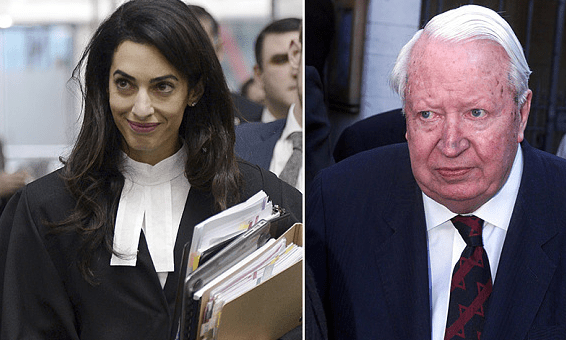 Amal Clooney is never one to avoid the spotlight, be it her marriage, her social life or her lawyering.

This time, fresh from the NY Met social event its takng on former Conservative Prime Minister Sir Edward Heath as someone involving in the authorising the torture of detainees in Northern Ireland in a controversial case being brought against the Government.

Next month she goes to Belfast to meet the nine survivors, referred to as “the hooded men” who claim they were tortured by the British Army – and that Sir Edward Heath knew there was a policy of torture.
It is understood that the Hollywood star will accompany her on the trip, ensuring the case attracts interest both in the UK and abroad.

Not only is the 37-year-old Oxford graduate and wife of George Clooney representing Julian Assange, the WikiLeaks founder who is fighting against extradition from the UK to Sweden, she is also acting for the Greek government in a campaign to secure the return of the Elgin Marbles from the British Museum.
The latter case has attracted worldwide publicity almost entirely because of Mrs Clooney’s involvement in it.

Now she is part of a legal team representing men from Northern Ireland who are seeking to take the UK to the European Court of Human Rights in Strasbourg.
She has been brought on to the case by the men’s solicitors, Belfast-based Kevin R Winters and Co.
It is well known in Northern Ireland as the leading firm representing Irish Republican militants, including two members of the Real IRA held liable for the Omagh bombing in which 29 people were murdered. The firm has also represented victims of terrorism.
William Frazer, an Ulster unionist and leader of Families Acting for Innocent Relatives, which campaigns for victims of IRA violence, criticised Mrs Clooney for taking the case.
“I am very disappointed in Amal Clooney,” he said, “I wish she was acting on a case for victims of IRA terrorism instead of this.”
The “hooded men” allege they were tortured when they were held without trial in Northern Ireland after the Government introduced internment in August 1971 following repeated outbreaks of serious disorder in Northern Ireland.
The men’s claims are being backed by the Irish government. Jim McIlmurray, a historian who is coordinating the legal action, said important documents had been uncovered which showed that Edward Heath, then prime minister, had full knowledge of the torture policy employed against the detainees.
He said that the legal team, including Mrs Clooney, was now analysing the documents, which had been misfiled with the Ulster Defence Regiment by the UK Government. They had recently been uncovered.
He claimed: “These documents show that torture was discussed at the highest level with the knowledge of Heath.
July 1970: Ted Heath, outside Number 10 Downing Street after winning the General Election
“Because of this documentation the case is very much black and white. The UK Government had lied about its knowledge and six months prior to internment had ordered a special unit to carry out torture.”
Mr McIlmurray said that Mrs Clooney was an excellent lawyer who was a “great addition” to the team but hoped her presence would not “turn the case into a circus”.
Source: Daily Telegraph
[table id=10 /] 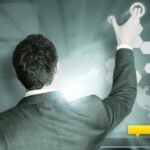