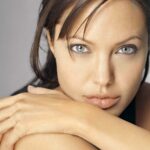 The case of Angelina Jolie’s double masectomy might not be one that conjures images of Supreme Court decision, but it has focused media and legal attentoin upon the patent law and the reliance placed upon it to innovate and develop new treatments.

Movie star Jolie had the expensive operative procedure as a result of genetic testing indicating that her cancer risk was signficant and using a process developed by Myriad Genetics, who patented the test.

And therein lies the issue at the heart of patent law as to the massive costs related to such procedures and tests which can be laid down at the monopoly provided by patent law as a result of federal law. The cost for breast cancer analysis is over $3000, together with an additional “Bart” test that picks up genetic links and costs a further $700.

One economist, Tyler Cowen, has suggested cash rewards would be more appropriate than simply relying upon patent, particularly in the case of pandemics like bird flu and others.

The Supreme Courut, in the case of In Association for Molecular Pathology, et al. v. Myriad Genetics, Inc., heard arguments from both sides about genetic patnets and the Court is due shortly to rule on the issue.

Justices Scalia and Alito showed some concern over whether a genetics company like Myriad would have the incentive to conduct research if the profits to be generated by its patents were not so massive.