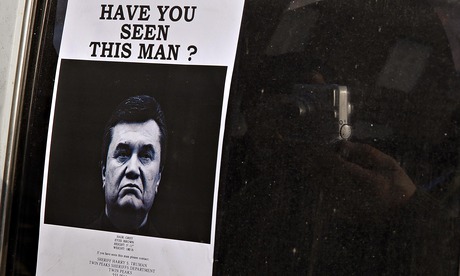 Ousted Ukraine president Viktor Yanukovych is now Ukraine’s Most Wanted Man.  An arrest warrant for the man who fled Kiev has been issued, but Yanukovych is gone, both from his former glitzy retreat and from the place to which he retreated.

Yanukovych has not been seen in Kharkiv, to which he fled, for some days and cannot be found.  However a warrant for his “mass killings” will further inflame those who still support Yanukovych after the rapid-fire events that lead to his ousting and now his disappearance.

The parliament who voted to oust the president following the deadly violence that seized Kiev, which declared independence 22 years ago, has lead to a new, interim government, as well as the appointment of new public figures including a chief prosecutor.

Announcing the arrest warrant on Facebook, the country’s interim minister, Arsen Avakov, said Vicktor Yanukovych was seen in Balaclava on the Crimean peninsula on Sunday and had left by car for an unknown destination.

The legality of the moves, including the outsting of Yanukovych himself, are doubted by the Russians.

Russian prime minister Dmitry Medvedev has said. “If people crossing Kiev in black masks and Kalashnikov rifles are considered a government, it will be difficult for us to work with such a government.”

But Medvedev also said any legally-binding Russian-Ukranian agreements “must be honoured”.

There are fears about a gas deal agreed in December under which Russia reduced the gas price for Kiev to $268.50 per 1,000 cubic metres, from the $400 which Ukraine had paid since 2009.

The Guardian reports that in Balaclava on Monday there was no sign of either the yacht or the president, and locals claimed they had not seen Yanukovych in recent days. Officials in Sevastopol also professed ignorance. In Kiev, western diplomats said they had no idea of the president’s location.

Calls are mounting in Ukraine to put Yanukovych on trial after a tumultuous presidency in which he amassed powers, enriched his allies and cracked down on demonstrators. Anger boiled over last week after snipers attacked protesters in the bloodiest violence in Ukraine’s post-Soviet history.

The turmoil has raised fears that the country, with a population of 46 million, could split apart. The economy is on the brink of default and loyalties are torn between Europe and Russia.

Tensions have been mounting in Crimea, where pro-Russian protesters raised a Russian flag on a city hall in one town and scuffled with police. Russia maintains a big naval base in Sevastopol that has complicated relations between the countries for two decades. 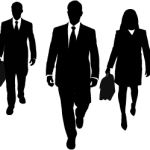 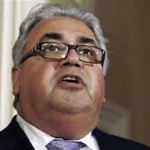