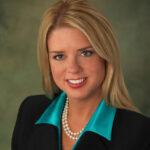 TALLAHASSEE, Fla.—Attorney General Pam Bondi, Florida Department of Law Enforcement Commissioner Gerald Bailey, and the Crime Stoppers of the Big Bend today announced that they are offering up to $20,000 in total for those who provide tips on the release of the two North Florida inmates. Attorney General Pam Bondi partnered with Crime Stoppers of the Big Bend Executive Director Sharon Ofuani to offer up to $10,000 for information provided to FDLE that leads to the arrest and conviction of the party or parties that constructed the forged documents or harbored and assisted Jenkins and Walker after the escape. This amount is in addition to the up to $10,000 that the Florida Department of Law Enforcement is offering for the same information, bringing the total up to $20,000.

“The illegal operation to help release two murderers who were serving life sentences involved more than just the prisoners, and we have partnered with the Big Bend Crime Stoppers to provide up to $10,000 to those who come forward with information that leads to the arrest of those who helped the inmates. This money is in addition to the up to $10,000 that FDLE is offering,” stated Attorney General Pam Bondi.

“This investigation is a top priority for FDLE and leads continue to come in,” said FDLE Commissioner Gerald Bailey. “This reward money should entice someone to help us find answers sooner rather than later.”

“I am proud to collaborate with Attorney General Pam Bondi to offer up to $10,000 to those who provide tips that lead to the arrest of those who helped the two inmates by forging documents or otherwise assisting them,” stated Sharon Ofuani, Executive Director of Big Bend Crime Stoppers.