Barrister Charlotte Proudman, 27, became the centre-piece in a legal and social storm in Britain in September, following her allegations of sexism over her LinkedIn profile pics.

Or, at least The Times have a piece on the young barrister, who is currently holidaying in Haiti, after 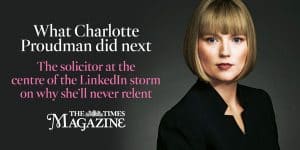 she made her accusations regarding the City legal heavyweight Alexander Carter-Silk.

The difference is that this time Ms Proudman has raised her sights to the judiciary, leveling a stolid attack upon the most senior members of the legal profession, or the “old boys’ club’, saying they’re out of touch and how one judge abused his position as a mentor to recruit young mistresses.

The judge, who was unnamed, demonstrated what Ms Proudman described as a culture of  “transactional sex for pupillages” at the bar.

She took aim at three senior judges,  Lord Sumption and Lord Neuberger, and High Court Queen’s Bench Division chief Sir Brian Leveson, who aroused her ire over her campaign to equalize the tables for young females in the profession.

The system, she said, was “a system infused by sexism.”

The Times report included a report told to her about a law student who contacted her last week for advice about dealing with a judge who she had sought out as a potential mentor only for him to try to get her to become his mistress. Proudman reported:

The judge wanted her to be his mistress. She wanted a mentor to guide her through being a law graduate and becoming a lawyer, and that was what she faced instead. There are women who are vulnerable to this kind of pressure. It is a coercive pressure that is put upon them by men in positions of power.

In what could be interpreted as a new strategy to get under the judiciary’s skin Proudman then launched individual attacks against Leveson, Neuberger and old foe Sumption, who she has lampooned previously in the Guardian.

These members of a “narrow, socially unrepresentative elite” — who have all come out publicly against gender quotas recently — are more concerned with shoring up the male patriarchy than creating a judiciary that is able to “meaningfully reflect the public”, suggested Proudman.

Elsewhere in the interview, Proudman shared with her followers a host of highly personal insights into her journey to becoming a lawyer.

These included the revelation that her northern accent left her feeling “unwelcome from the get-go” in a profession where “[a]nywhere past Watford Junction is apparently northern”.

Proudman also told the story of how she changed her surname from Bailye to Proudman when she embarked on her legal studies as a moving tribute to her suffragette grandmother.

Ms Proudman, who specialises in family law, also repeated previous allegations about a solicitor who asked her for a bikini photo in exchange for work experience.  Another, she claimed, rubbed her leg during a pupillage session, something she claims was part of a sex-for-pupillage culture that was highly prevalent in the profession.

Although names were not given, the additional allegations have aroused a continuing storm within the generally staid profession that faces issues of gender equality and sexism as it struggles to make way for a growing number of women lawyers across the legal profession spectrum. 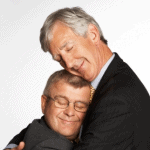 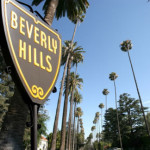