A Power Lawyer on 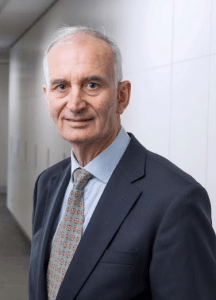 LawFuel’s Power Lawyer list, Mr Watts is also a Visiting Professor at Oxford University, where he teaches each year with such celebrated lawyers as retired judge Lord Hoffman.

Peter Watts has also been a vocal opponent of Auckland Law School’s attempts to increase law student numbers.  He has taught at the law school for over 30 years and has regularly been briefed also for his “encyclopaedic knowledge of commercial law”, as a press release issued today said.

From the press release –

Mr Watts edits the ‘barrister’s bible’ on agency law,  Bowstead and Reynolds on Agency, the leading Commonwealth text on agency law, a branch of law at the foundation of contracting.  “This text is cited in countless  legal cases annually in the Commonwealth,”  he says.  “There are few commercial fraud or corruption cases that wouldn’t involve a question of agency law.  The effect of using agents to make contracts is heartland commercial law.  It doesn’t matter if the ‘agent’ is an employee, real estate agent, solicitor or broker:  they are all within the compass of the subject.”

He is also co-author of  Company Law in New Zealand. Mr Watts’ academic writing has been cited in the highest courts of the UK, Australia, New Zealand and Hong Kong, with judges in the UK Supreme Court referring to it as “characteristically lucid”.

In the UK, he is a ‘door tenant’ (works from other premises) at Fountain Court Chambers, The Temple, London – regarded as part of the UK’s ‘magic circle’ comprising five top sets of barristers.  ‘Door tenants’ at the Chambers are a select group of 12 eminent, international experts.  In that capacity Mr Watts has provided opinions in litigation including:

–          Between a German utilities company and an international bank, involving corrupt intermediaries (England and Wales Court of Appeal).

–          On the enforceability of a settlement involving a road accident victim, that person’s barristers and the driver of the vehicle (UK Supreme Court).

In New Zealand, his opinions have been widely sought for the country’s most complex cases in fraud, corruption, company and agency law. Mr Watts expects to practise more widely in commercial disputes, both in court and in arbitrations.

Mr Watts is also one of only two lawyers who is both a QC and a Fellow of the Royal Society of New Zealand.[/vc_column_text][/vc_column][/vc_row]