The distribution will include approximately $488 million in additional funds, bringing the total distributed to date to almost $3.2 billion.  The funds will be sent to nearly 37,000 victims worldwide, the sixth payment to victims that will bring their total recovery from all sources of compensation to 80.05% of their losses.  The Madoff Victim Fund will ultimately return to victims more than $4 billion in assets that have been recovered as compensation for losses suffered by the collapse of BLMIS, following the largest fraud in history.  Another $5 billion in assets recovered by the U.S. Attorney’s Office are being separately paid to Madoff victims through the BLMIS Customer Fund administered by the Securities Investor Protection Act Trustee.

Acting Manhattan U.S. Attorney Audrey Strauss said:  “This Office continues its efforts to seek justice for victims of history’s largest Ponzi scheme.  Today’s additional payments of more than $488 million by this Office and the U.S. Department of Justice Criminal Division’s Money Laundering and Asset Recovery Section represent the sixth in a series of distributions that will leave victims with compensation for more than 80 percent of their losses.  That is an extraordinary level of recovery for a Ponzi scheme—but our work is not yet finished, and the Office’s tireless commitment to compensating the victims who suffered as a result of Madoff’s heinous crimes continues.”

Assistant Attorney General Brian C. Rabbitt said:  “With the $488 million distributed today, the department has now returned almost $3.2 billion to Madoff’s victims, allowing them to recover more than 80 percent of what they lost.  This exceptional work – and there is more to come – has been made possible by the department’s steadfast commitment to the pursuit of the proceeds of fraud through civil forfeiture.”

Since the early 1970s, BERNARD L. MADOFF (“MADOFF”) used his position as Chairman of BLMIS, the investment advisory business he founded, to steal billions from his clients. On March 12, 2009, MADOFF pled guilty to 11 federal felonies, admitting that he had turned his wealth management business into the world’s largest Ponzi scheme, benefitting himself, his family, and select members of his inner circle. On June 29, 2009, United States District Judge Denny Chin sentenced MADOFF to 150 years in prison for running the largest fraudulent scheme in history. Judge Chin ordered MADOFF to forfeit $170,799,000,000 as part of MADOFF’s sentence.

The Madoff Victim Fund is funded through recoveries by the U.S. Attorney’s Office in various criminal and civil forfeiture actions, and is overseen by Richard Breeden, the former Chairman of the United States Securities and Exchange Commission, in his capacity as Special Master appointed by the Department of Justice to assist in connection with the victim remission proceedings.

Of the approximately $4.05 billion that will be made available to victims through the Madoff Victim Fund, approximately $2.2 billion was collected as part of the civil forfeiture recovery from the estate of deceased MADOFF investor Jeffry Picower. An additional $1.7 billion was collected as part of a Deferred Prosecution Agreement with JPMorgan Chase Bank N.A. for MADOFF-related Bank Secrecy Act violations. Additional funds were collected through criminal and civil forfeiture actions against MADOFF and his co-conspirators, and certain MADOFF investors.

Ms. Strauss praised the work of the FBI and the Madoff Victim Fund, and thanked the Money Laundering and Asset Recovery Section of the Department of Justice’s Criminal Division for their assistance.

The case is being handled by the Office’s Money Laundering and Transnational Criminal Enterprises Unit.  Assistant United States Attorney Louis A. Pellegrino is in charge of the case.  The remission of these forfeited funds is being handled by the Office and the U.S. Department of Justice Criminal Division’s Money Laundering and Asset Recovery Section. 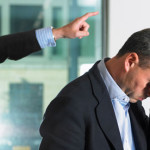