It seems that a divorce lawyer is due to join the Blair family – Britain’s first family of Cherie and Tony. Football agent son Nicky is evidently set to marry Alexadra Bevir, 28, a divorce lawyer with Vardags.

The news was broken by the Daily Mail’s Sebastian Shakespeare who reports that the wedding could be held near the Blairs’ home in Buckinghamshire.

It is not known if Alexandra will seek a pre-nuptial agreement, but she has made her name as a divorce lawyer.

Nicky’s blossoming business made headlines in 2011 when it emerged that Cherie had taken time out of her busy globe-trotting schedule to meet a young Mexican footballer signed to Nicky’s Magnitude Limited agency.

If the couple do marry in Buckinghamshire, the reception is likely to be held at South Pavilion, the Blairs’ £6million Grade I-listed home in Wotton Underwood.

It is where the reception for 170 guests was held when Nicky’s brother Euan, 31, married. 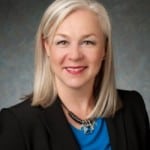 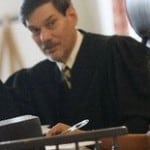