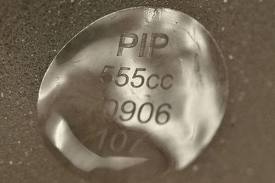 Australian women with faulty breast implants have joined overseas victims to seek a last-ditch attempt at compensation for the silicone-gel implants, which were banned in 2010 following a discovery that the French manufacturer was using unapproved industrial-grade silicone.

Reports from Australia indicate that around 500 women with faulty PIP implants have joined the action.


The implants are at least twice as likely as other brands to rupture.

The 500 women are part of a class action against Poly Implant Prothese involving 5127 mostly French and Colombian victims in criminal proceedings against PIP’s former owner Jean-Claude Mas, who is facing at least four years’ jail.

About 1300 Australian women of the estimated 5000 who have had the implants had signed up to a class action against the Adelaide-based distributor of the implants, Medical Vision Australia, but that collapsed in March after it was discovered MVA did not have adequate product liability insurance and the case was unviable. Law firm Tindall Gask Bentley (TGB) is claiming compensation for surgery costs and pain and suffering.

”The whole PIP implants fiasco has been extremely traumatic for the Australian women who were innocently caught up in the scandal,” TGB partner Tim White said. ”They spent thousands of dollars on a product that they were told and expected was of high quality, authorised and safe.

”Many experienced physical issues such as pain, swelling, lymph node damage, illness and infection. Almost all women spoke of the psychological toll which ranged from stress and anxiety to depression.”

Bronwyn Pereira, 47, of Mona Vale and who is part of the overseas class action, had the PIP implants seven years ago to correct a congenital deformity, pectus excavatum (hollow chest), but one ruptured so badly she has suffered a litany of serious health problems.