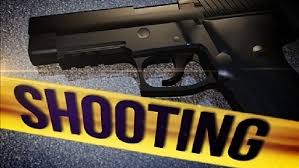 Joon H. Kim, the Acting United States Attorney for the Southern District of New York, announced that TERRANCE WILLIAMS, a/k/a “TA,” was sentenced this afternoon in Manhattan federal court to a prison term of 399 months for his crimes as a member of the “Young Gunnaz” or “YGz” gang, including the murder of Curtis Smith on June 3, 2011, in the Bronx.  WILLIAMS was sentenced by U.S. District Judge Valerie E. Caproni, before whom he previously pled guilty.

Acting Manhattan U.S. Attorney Joon H. Kim said:  “In broad daylight, Terrance Williams shot and killed Curtis Smith, a 23-year-old man, ending the life of an innocent bystander who was simply in the wrong place at the wrong time.  We hope that the victim’s family finds justice, and a measure of solace, in this prosecution and today’s sentence.  Together with our law enforcement partners, we will continue aggressively to prosecute those who bring violence to our communities.”

According to the charging and other documents filed in the case, as well as statements made during WILLIAMS’s guilty plea and sentencing proceedings and other court proceedings in this case:

WILLIAMS was a member of the Bronx-based street gang known as the YGz.  From at least 2005 to 2016, members and associates of the YGz enriched themselves by committing robberies and by selling drugs, such as crack cocaine, heroin, and marijuana, and committing acts of violence, including the murder of rival gang members, rival drug traffickers, and innocent bystanders.  As part of his involvement in the YGz gang, WILLIAMS participated in numerous acts of violence, as well as crack cocaine distribution, in the South Bronx.

In particular, on July 3, 2011, WILLIAMS shot a rival gang member in the stomach and arm, in broad daylight, in front of a bodega on the corner of 158th Street and Park Avenue while numerous bystanders were outside for cookouts and celebrations leading up to the 4th of July holiday.  Moments later, while WILLIAMS was fleeing from the area, he fired gunshots at a group of bystanders, including Curtis Smith.  WILLIAMS shot Smith in the head, and Smith died several days later.

WILLIAMS, 24, of the Bronx, is the third defendant to be sentenced this year by Judge Caproni for participation in a YGz-related murder.  Judge Caproni sentenced WILLIAMS’s co-defendant Anthony Scott, a/k/a “Tyson,” to 23 years in prison primarily for Scott’s role in shooting and killing Darrel Ledgister on June 27, 2009, in the South Bronx during an attempted robbery.  Judge Caproni also sentenced WILLIAMS’s co-defendants Paul Gilbert, a/k/a “2Fly Tay,” to more than 30 years in prison primarily for Gilbert’s role in the murder of Cody Dubose on September 27, 2014, near the Taft Houses in Manhattan during an attempted robbery.

Mr. Kim praised the outstanding work of the Bureau of Alcohol, Tobacco, Firearms and Explosives, the Drug Enforcement Administration, and the New York City Police Department in the investigation of this case.  He also thanked the Bronx County District Attorney’s Office for their support in this case.

This case is being handled by this Office’s Violent and Organized Crime Unit.  Assistant United States Attorneys Samson Enzer, Gina M. Castellano, and Andrew C. Adams are in charge of the prosecution.[/vc_column_text][/vc_column][/vc_row]