Joon H. Kim, the Acting United States Attorney for the Southern District of New York, William F. Sweeney Jr., the Assistant Director-in-Charge of the New York Field Office of the Federal Bureau of Investigation (“FBI”), and Michael Greco, the United States Marshal for the Southern District of New York (“USMS”), announced that MICHAEL ARNSTEIN pled guilty today before U.S. District Judge Andrew L. Carter Jr. to one count of conspiracy to forge a federal judge’s signature. ARNSTEIN is scheduled to be sentenced by Judge Carter on January 16, 2018.

Acting Manhattan U.S. Attorney Joon H. Kim said: “As he admitted today, Michael Arnstein exploited the authority of the federal judiciary in a blatantly criminal scheme. By forging court orders and the signature of a U.S. District Judge, Arnstein was able to effectively erase websites critical of Arnstein’s business from its search results. Now Arnstein awaits sentencing in the same court he impersonated.”

FBI Assistant Director-in-Charge William F. Sweeney Jr. said: “Arnstein’s attempts to remove any trace of unfavorable information about his business posted online sent him down a slippery slope. Not only did he commit a federal crime by forging a judge’s signature in furtherance of his scheme, but he now finds himself back on the Internet. This time, however, it’s a story no search engine can erase.”

U.S. Marshal Michael Greco said: “The outstanding combination of investigative efforts by the FBI and U.S. Marshals Service enabled deputies and special agents to expose an egregious attempt at forgery and deception by Michael Arnstein. The Deputy U.S. Marshals assigned to the Southern District of New York’s Protective Intelligence Unit work tirelessly to investigate any and all forms of inappropriate communications in order to thwart such schemes. As always, the U.S. Marshals Service is committed to protecting the safety, security and integrity of our federal judiciary and court family.”

According to the allegations contained in the Complaint, the felony Information to which ARNSTEIN pled guilty, and statements made during the plea proceeding and other court proceedings:

ARNSTEIN, 40, of Kailua, Hawaii, pled guilty to one count of conspiracy to forge a judicial signature, which carries a maximum sentence of five years in prison. The maximum potential sentence is prescribed by Congress and is provided here for informational purposes only, as any sentencing of the defendant will be determined by the judge.

Mr. Kim praised the outstanding investigative work of the Federal Bureau of Investigation and the United States Marshals Service. Mr. Kim also thanked Google for its helpful assistance in this investigation.

The prosecution of this case is being overseen by the Office’s Complex Frauds and Cybercrime Unit. Assistant U.S. Attorneys Sheb Swett and Daniel S. Noble are in charge of the prosecution. 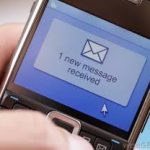