LawFuel.com
NEWS RELEASE SUMMARY – December 16, 2013
San Diego, CA – United States Attorney Laura E. Duffy announced that John G. Rizzo, the CEO of iTrackr Systems, was sentenced to 30 months in prison by U.S. District Judge Larry Alan Burns for illegally manipulating the stock market in connection with millions of shares of his Florida-based company. Judge Burns also sentenced Rizzo to pay restitution to the victims in
the amount of $2,669,353.
[wp_ad_camp_1]
As set forth in his Plea Agreement, in early 2006, Rizzo agreed to raise money for a Florida software company called iTrackr, which developed software to track inventory of electronics, such as the Xbox or other gaming systems, at retail stores. Beginning in late 2008, Rizzo and his co-conspirators used the services of offshore “boiler rooms” to solicit investments for the company’s “penny stock.” Unknown to investors, the boiler rooms failed to disclose that
only 20% of each investment would go to iTrackr, with the rest being paid to the boiler rooms as commission.
As part of that scheme, Rizzo used a shell company in the British Virgin Islands
(“BVI”), and a bank account in Belize. Rizzo sold millions of shares of iTrackr stock through his BVI company in order to avoid U.S. securities registration requirements and disguise the fact that almost all the investor funds were being diverted to the boiler rooms. In addition, Rizzo used a complex array of different entities to conceal the fact that he was the one selling the
shares, rather than the shares being sold by independent third party investors.

One of the business entities used by Rizzo to transfer funds in furtherance of the scheme was located in San
Diego.
During 2009 alone, approximately 120 victims in the United Kingdom invested a total of approximately $2.5 million in iTrackr through Rizzo’s scheme.
Also sentenced today in a related case was Maureen Marant, who worked as Rizzo’s administrative assistant at iTrackr. Marant pleaded guilty to conspiring with Rizzo to commit wire fraud. In her Plea Agreement, she admitted to posing as the director of a fictitious escrow company; and interacting with the victim investors by sending them stock purchase agreements,
wiring instructions, and other paperwork. For her role in the scheme, Marant was sentenced to five years of probation, and ordered to pay restitution in the amount of $333,755.
On October 15, 2013, in another related case, Judge Burns imposed sentence on David Bahr, a Rancho Santa Fe consultant who conspired to fraudulently manipulate and artificially inflate iTrackr’s stock. In his Plea Agreement, Bahr admitted that he arranged for the sale to a broker of $2.5 million in shares of iTrackr, and agreed to pay that broker a secret kickback of
$750,000. 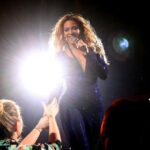