You are here: Home / Asia Law / Is China A Law Firm Graveyard or Gold Mine? 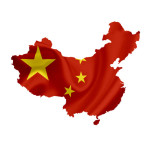 The law firm gold rush to China has disclosed its riches to some, but been a rocky terrain for others.  The massive opportunities have also lead to some massive missteps and outright disaster.

The law scene in China has changed radically from what it was even a decade ago and it continues to change rapidly.  To succeed, Western law firms need to establish a very precise strategy and raison d’etre for being in the vast country.

According to a lengthy report by The Lawyer’s Yun Kriegler, the firms that will survive and prosper are more likely to be those who have a firm strategy and focus with a specialist offering, rather than those who have simply entered the market in order to get their foot in the Chinese door.

Some firms have already beaten a retreat.

Vinson & Elkins closing in Shanghai shows China is not a bottomless goldmine after all. Will it be a graveyard for Western ambitions?

Five years ago, a Chinese firm that had 650 lawyers and an annual turnover of RMB1bn ($142m) decided to think big. It set out to make a splash, tying up with an Australian firm and a UK firm. It is now a 2,200-lawyer, billion-dollar global player under the banner of King & Wood Mallesons.

US firm Vinson & Elkins’ recent closure of its Shanghai office after 10 years of operation in the country’s financial centre is the most prominent sign of change. In July the Houston-based firm confirmed plans to close its three-partner Shanghai office in a bid to consolidate its China practice and focus on state-owned energy companies. Following the Shanghai closure, it will have eight partners between its Beijing and Hong Kong offices.

Vinson & Elkins has been a leading adviser on Chinese companies’ outbound acquisitions in the energy sector. Major Chinese oil and gas clients include Sinopec and CNOOC, which have instructed it on numerous transactions. Most recently, the firm advised Sinopec on its $5bn (£3.2bn) acquisition of a stake in the Brazilian unit of Portuguese oil company Galp Energia.

To many competitors that know both the Chinese market and US firms’ business model, Vinson & Elkins’ decision did not come as a total shock.

“It’s a rather rational move,” says a former China partner of a magic circle firm. “It [Vinson & Elkins] is more like a one-trick pony and its China practice mainly focuses on outbound energy deals of Chinese state-owned companies. The vast majority of their clients are headquartered in Beijing. There’s no strong case to justify the additional expense and cost base in Shanghai.”

For international firms lucky enough to have won Chinese outbound instructions, the hard-fought wins are not as financially rewarding as they might sound.

A former Beijing-based lawyer at a US firm claims that during his time at the US firm he had regularly competed against Vinson & Elkins in China and had lost a few bids to his Texas rival, which was more willing to offer Chinese companies discounts to win mandates.

With more than 180 foreign firms having a base on the ground in China, many chasing the same type of high-end work, competition on fees is cut-throat. Indeed, all the lawyers interviewed for this article insisted that it was other firms that were always undercutting, but never their own.

And it is not only the small- to medium-sized international firms that are cutting prices to sell their services but also established global players.

A former partner at a global US firm who has extensive experience in China is familiar with the scenario. He refers to a pitch he made on behalf of his firm in Shenzhen, where a state-owned enterprise (SOE) was seeking an international counsel for its natural resources project in the US. He lost the bid to
a magic circle competitor which quoted a capped fee of less than $200,000 for the whole project. According to his estimate, for a firm to break even the minimum price should have been $500,000.

“International firms in China have been under tremendous pressure regarding their revenues and profitability since the global financial crisis,” says the partner. “Very few China offices are profitable after partner distribution.

“While more firms are able to cover the cost of their China offices and make a profit, the level of profitability is not significant compared with the global average. They are more of a defence play than a huge contributor to the bottom line.”

The pricing pressure is so severe that market gossip on the subject is rife. According to some Chinese lawyers, certain foreign firms have even started undercutting local rates. A corporate partner at Beijing-based Zhong Lun claims that in a recent bid for an inbound cross-border M&A transaction his firm was defeated by a sizeable international firm that quoted a 30 per cent lower price than his firm’s offer.

“The firm wasn’t a newcomer trying to buy into deals to build up a record. The desperate price just shows how some of the established international firms are struggling in China,” says the Zhong Lun partner.

Based on informed estimates, the average revenue per office of the 15 largest international firms in China ranges between $10m and $20m. Assuming a profit margin of 25 per cent a top-quality four-partner office would have an average profit per partner of $625,000 – some way behind the average global figures of the top 10 UK and US firms.

Apart from external factors such as the economic slowdown, regulatory restrictions and fierce competition, some consider international firms’ business model as their own worst enemy.

The most restrictive aspects of international firms’ business in China are their high fee rates and cost bases.

“Because China-related work was first handled by the Hong Kong offices of international firms, Hong Kong rates still apply to mainland offices,” says a former partner at the Beijing office of an international business firm. “It’s hard for any client to accept that its international counsel’s mainland rates are double those of the Singapore office.”

“Magic circle firms face fewer problems in London charging premium-level fees due to their strong brands, but in China international brands don’t carry the same weight as they do in their home jurisdictions or more established markets – international firms with high price tags are much harder to sell,” says an ex-magic circle lawyer in China. He adds that it is important for partners in China to develop new clients from the market as only a quarter of his work was referred from the firm’s network.

The value proposition is even less appealing when elite local firms can provide similar quality services with lawyers of similar calibre but charge significantly less. For example, a mid-level associate of five-years’ PQE in Allen & Overy’s (A&O) Beijing office has a standard hourly chargeout rate of $800 – that is around 20-25 per cent higher than the highest partner rate of top-tier Chinese firm Fangda.

It is difficult for US and UK firms to win work in China not only because of their high rates but also as a result of the capped-fee arrangement is most popular with and preferred by Chinese clients. That means firms have to discount heavily, but this can create internal contradictions between offices.

An ex-partner at one of the US’s biggest law firms shares his experience. When he acted for a major SOE in a complex outbound investment into an iron ore project in Australia he had to offer the client a considerable discount in the form of a capped fee to secure the mandate. The deal over-ran the budget and the firm’s Australian office that carried out a large part of the work was vocally resentful about the reduced price, which they believed was not profitable.

“It’s challenging to win Chinese clients because of the huge competition on price,” he says. “This, coupled with challenges from offices outside China, makes the issue insurmountable for partners in China.”

Strict internal controls and approval procedures have also led to retention issues for international firms. For many senior Western-trained Chinese lawyers the lack of support and understanding from the rest of the network and inflexibility in client relationship management was the last push necessary to take a leap of faith and join a local outfit.

“Five years ago international firms were still attractive to Chinese lawyers but it has become increasingly restrictive for us to develop business and service our clients working in a foreign representative office,” says another senior US lawyer who is now working locally. “In my previous firm, many Chinese clients’ requests for discounts and price reductions were rejected by approval committee in the head office. But the worst thing is the unfavourable attitude towards Chinese clients because of worries over creating potential conflicts of interests with existing US clients that are paying the firm much more.

Read the rest at The Lawyer

And what of earnings for lawyers?  They can be substantial, as The Lawyer reports:

Due to the tax differential a partner in a Chinese firm can take home considerably more money on the same amount of revenue generated.

It is increasingly difficult for a foreign firm to lure a rainmaker away from a Chinese rival, and the average package for the move requires a minimum $500,000 pay guarantee for two years.

Foreign firms are also facing tremendous pressure when it comes to keeping hold of their junior- to mid-level lawyers.

“Retaining talent is a painful task in international firms’ China offices,” says a former Shanghai managing partner of a US firm. “Many younger Chinese lawyers are willing to work for an international firm initially for good training, a higher salary and to build solid skills. However, they will move to a local firm after a few years, where they have a better chance of being promoted to senior associate or partner.

Some China-based partners blame the obsession with the average profit per equity partner (PEP) rankings for some international firms’ shrinking presence in China.

“The top global firms’ PEP numbers have rocketed compared with 10 years ago,” says an ex-magic circle lawyer. “But why are partners so concerned about PEP? Many firms’ goal these days is to be in the top 10 globally as measured by PEP, because a firm with a higher PEP is perceived
to be a better firm. Western lawyers are becoming exponentially more greedy.”