LawFuel.com – Law Offices of Howard G. Smith announces that a class action lawsuit has been filed in the United States District Court for the Southern District of Texas on behalf of a class (the “Class”) comprising all purchasers of the common stock of McDermott International, Inc. (“McDermott” or the “Company”) (NYSE:MDR) between November 6, 2012 and August 5, 2013, inclusive (the “Class Period”).

On August 5, 2013 the Company reported a substantial decrease in the Company’s second quarter year-over-year financial results, which it attributed to poor performance of several projects in the Middle East and Asia Pacific segment, and also disclosed it was taking action to correct “weaknesses” in its project bidding and execution.

No class has yet been certified in this action. Until a class is certified, you are not represented by counsel unless you retain one. If you purchased McDermott common stock during the Class Period, you have certain rights, and have until October 15, 2013 to move for lead plaintiff status. To be a member of the class you need not take any action at this time or you may retain counsel of your choice. If you purchased McDermott shares prior to the Class Period and have any questions concerning this Notice or your rights or interests with respect to these matters, please contact Howard G. Smith, Esquire, of Law Offices of Howard G. Smith, 3070 Bristol Pike, Suite 112, Bensalem, Pennsylvania 19020 by telephone at (215) 638-4847, Toll Free at (888) 638-4847, or by email to howardsmith@howardsmithlaw.com, or visit our website at http://www.howardsmithlaw.com. 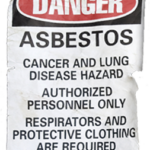