NEW YORK, Sept. 27, 2013 Lawfuel.com — Pomerantz Grossman Hufford Dahlstrom & Gross LLP has filed a class action lawsuit against MiMedx Group, Inc. (“MiMedx” or the “Company”) (Nasdaq:MDXG) and certain of its officers. The class action, filed in United States District Court, Southern District of New York, and docketed under 13-CIV-6328, is on behalf of a class consisting of all persons or entities who purchased or otherwise acquired securities of MiMedx between October 26, 2011 and September 4, 2013 both dates inclusive (the “Class Period”). This class action seeks to recover damages as a result of alleged violations of the federal securities laws pursuant to Sections 10(b) and 20(a) of the Securities Exchange Act of 1934 and Rule 10b-5 promulgated thereunder.

If you are a shareholder who purchased MiMedx securities during the Class Period, you have until November 8, 2013 to ask the Court to appoint you as Lead Plaintiff for the class. A copy of the Complaint can be obtained at www.pomerantzlaw.com. To discuss this action, contact Robert S. Willoughby at rswilloughby@pomlaw.com or 888.476.6529 (or 888.4-POMLAW), toll free, x237. Those who inquire by e-mail are encouraged to include their mailing address, telephone number, and number of shares purchased.

MiMedx is a medical device company. The Company is focused on biomaterials for soft tissue repair, such as tendons, ligaments, and cartilage, as well as other biomaterial based products for other medical applications.

The Complaint alleges that throughout the Class Period, Defendants made false and/or misleading statements, as well as failed to disclose material adverse facts about the Company’s business, operations, and prospects. Specifically, Defendants made false and/or misleading statements and/or failed to disclose that: (1) the Company was in violation of the Public Health Service Act by unlawfully manufacturing and marketing certain unapproved biologics products; and (2) as a result of the foregoing, the Company’s statements were materially false and misleading at all relevant times.

On September 4, 2013, the Food and Drug Administration (“FDA”) posted on its website an “Untitled Letter” sent to MiMedx on August 28, 2013, which stated that MiMedx’s Surgical Biologics unit violated the Public Health Service Act by unlawfully manufacturing and marketing drugs at one of its plants, thereby market’s unapproved biologics products. On this news, MiMedx securities declined $2.21 per share or more than 36%, to close at $3.85 per share on September 4, 2013. 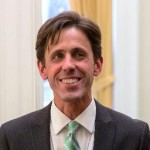 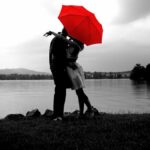