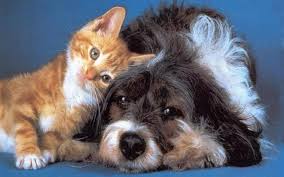 The Zuckermans were indicted by a federal grand jury in Denver on April 25, 2012. Mathew plead guilty on February 18, 2014 to income tax evasion and Sandra plead guilty to willful failure to pay income taxes on May 30, 2014. According to information contained in court documents, beginning in 1986 and continuing through 2009, the Zuckerman’s either failed to file an income tax return, or filed a return using incorrect income amounts. From 2003 through 2009 no income tax returns were filed with the IRS.

Starting in 1998, Mathew Zuckerman and an associate became 50/50 business partners and began to specialize in taking small companies public through reverse mergers of existing corporate shells. To operate their new venture, Zuckerman and his business partner formed Silicon Valley New Issues, Inc. (SVNI). In addition, he formed Intermountain Marketing & Finance, Inc., a corporation he solely owned which owned 50% of SVNI. As part of the scheme, Mathew Zuckerman evaded corporate income taxes on several million dollars of taxable income in 1999 from Silicon Valley New Issues, Inc. Over the course of the next 10 years, he continued to conceal his assets and business affairs from the IRS by utilizing additional corporations and trusts in order to avoid payment and collection of the Zuckerman’s outstanding tax liabilities.

Specifically, to avoid IRS liens, in 1999, the Zuckerman’s caused the deed to their Woody Creek residence, purchased for approximately $1.2 million, to be recorded in the name of Hyperpanel University, Inc. (“Hyperpanel”), a Nevada corporation that listed the names of a cat and a dog as its officers and directors on its filings with the Secretary of State. Similarly, in 2004 Mathew Zuckerman formed a company called Treya, Inc. in Nevada that they used to purchase a $1.8 million home in 2004 in Toluca Lake, California. Based on the directions of Mathew, Sandra used her name from an earlier marriage, Sandra Eberli, to be used in connection with transactions conducted by Treya.

Furthermore, in December of 2004, Mathew Zuckerman created the Mathew Mark Zuckerman Trust (“MMZT”) and placed himself in the position as “Trustor” and his CPA was appointed as trustee. In July of 2006, he caused his daughter to be appointed as the trustee and in 2008 caused 4,900,000 shares of Green Earth Technologies (a company for which he served as Chairman) to be issued to the trust using an incorrect employer identification number (“EIN”) for MMZT. Then he instructed his daughter to sell shares of the stock and transfer funds to his personal bank accounts. By doing this he received profits in excess of $500,000 while evading payments of taxes owed to the IRS.

“The defendants established multiple entities to engage in a complex scheme to hide money owed to the IRS,” said U.S. Attorney John Walsh. “Despite their best efforts, the defendants were caught and ultimately held accountable for their criminal behavior.”
“For over a decade they committed tax fraud; it was only a matter of time until they were caught and brought to justice,” said Stephen Boyd, Special Agent in Charge for IRS Criminal Investigation, Denver Field Office.
This case was investigated by Internal Revenue Service – Criminal Investigation with assistance from the Special Enforcement Program of the Internal Revenue Service and prosecuted by Assistant U.S. Attorney Tim Neff. 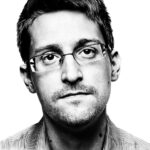