You are here: Home / Personal Injury Attorney / Concert Injuries – Yes, They Occur and What You Can Do 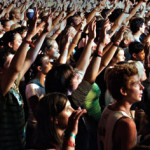 When seeing a music artist or band in concert, the last thing on your mind is the likelihood of getting injured while grooving to your favorite tunes. However, just like in professional sports games and amusement parks, you accept certain risks when you enter the music arena.

When you purchase a concert ticket, you essentially sign a waiver agreeing to accept potential dangers that come with the chance to see your favorite band live. However, there are certain instances that are not protected under the assumption of risk principle, and you may be able to request compensation from the concert promoter, venue, or even the artist for your injuries.

Not covered under assumption of risk:

Any injury that could have been foreseen by a concert attendee is not fair game for a lawsuit. Therefore, if you are injured because you chose to join the mosh pit, no one is responsible for your injury but yourself. However, some unforeseen injuries are a result of someone else’s negligence. Some include:

There have been some recent cases of concert fans filing lawsuits for the injuries they suffered during the show.

Kristen Valek blogs for Alamo Injury Attorneys, a law firm in San Antonio, Texas that specializes in personal injury law. Kristen is glad she has never been injured at a concert.