You are here: Home / Briefs / Briefings / “A Day Without Muslims”: Dealing With The Fallout From a Forced Muslim Exodus

Shah Peerally* – This past week, presidential candidate Donald Trump unveiled his most recent legislative proposal after weeks of ramping up rhetoric against followers of the Islamic religion.  The plan calls for an implementation of a system of a religious discrimination advocating a “total and complete shutdown of Muslims entering the United States”.

While the plan has been denounced widely by critics of Trump, the far ranging impact of such an incendiary proposal must be properly understood.

What does the US Constitution have to say about it?

It is clear that Trump’s proposal flies in the face of the Constitution. A ban based off religious association violates both the First Amendment’s Religion Clauses, as well as the factor of equality inherent in the 5th Amendment’s Due Process Clause. What is less clear, however, are the effects in an immigration context.

How about the Immigration aspects such a proposal?

If Donald Trump wants to ban certain visas such as H1B, H4, visitor visas, student visas and other non immigrant visas for Muslims, he might be able to do it.  Such laws although reprehensible might unfortunately be totally constitutional.

However, historically such laws has proven to  represent  the “dark ages” of the United States such as the Chinese Exclusion Act, the Japanese Internment, etc. The other question is whether he will also deport Muslims and cause a “mass-exodus” of Muslims?

Most of the time federal immigration  has served as a vanguard of protection for religious refugees. In 1980, Congress amended the Immigration and Nationality Act to include the Refugee Act. Its purpose was to welcome and grant protection to refugees facing discrimination in other countries because of a particular religious belief. Through the years from 1965-1968, policy makers in the United States hoped to address the struggle of people struggling in communist regimes.

We have always opened our doors to help and shelter those less fortunate. We have also benefited from the exceptional-quality pool of talents on employment immigration programs such as H1Bs, and other immigrant and non-immigrant visas.

If Donald Trump is not able to deport the Muslims who are already present in the United States, he might actually make it impossible for them to come back when traveling abroad. In our jargon as immigration lawyers, we call it “inadmissibility”!

While he has stopped short on ‘deporting’ all Muslims, he has clearly mentioned, he will not allow them back. This means he will make them inadmissible and that is actually possible. While all the notion is realistic, we need to look at the human factor of his irrational proposals.

Donald Trump’s call for a complete and total ban of all Muslims in the US is antithetical to the way our system was designed and would set back various immigration reforms as well as possibly violate the United States Constitution.

We would be harkened back to a time of discriminatory policy akin to policy advocating Japanese Internment during World War II or the Chinese Exclusion Act during the 1880s.

What happens if Trump’s views is implemented into law?

The legal ramifications are numerous, but what happens to our society as a whole if Trump’s rhetoric is read into law? Millions of hard working Americans immersed in all aspects of life would suddenly be forced to leave or will be indirectly affected by it.

Perhaps the doctors who are on an H1B or J1 visa who share the Muslim religion and who work tirelessly around the clock to save lives, might have to leave their patients in the middle of surgery.

How about the thousands of Muslims employed in military and civil service, suddenly in the middle of a war they might have to stop fighting or supporting their country?

How about the football player having to leave in the middle of a game?

What happens when suddenly millions of Muslims have to pack their bags and leave?

Many Muslims are in fact known to hold very high professions including engineers, businessmen and business women, architects, journalists, athletes, doctors, lawyers, scientists, professors and even a Congressman. 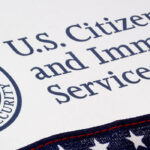 President Obama clearly said they are on all walks of life including “sports heroes”. Imagine that all those people suddenly forced to leave the United States. What happens to their employees, to their patients, to their clients, to their investments or to their audience? Do many loose their jobs and do we just take over their businesses and properties just like in a revolution?

Are we ready to loose individuals of exceptional abilities just because they are Muslims?

Here, in the Bay Area California, we are a hub of innovation that several tech companies like Yahoo, Facebook, and Salesforce have chosen to operate out of. Many of such companies are in great need of highly educated engineers, programmers and executives and draw on countries like Pakistan, Indonesia, Malaysia, India and the Middle East to provide this valuable workforce.

For example Youtube co-founder was a Muslim, and Steve Jobs’s father was a Muslim from Syria. Many others less known but as influential also  follow Islam as a religion.

A ban on Muslims means a ban on these employees, and fabulous innovators will hamper technological growth in this country. Remember innovation and people of exceptional abilities know neither frontiers nor religion. Banning such a pool of “brains” outside the United States, will actually deplete the possibilities of the United States to grow.

How about NASA where many of the brightest scientists share Islam as their religion? What happens to them? Are we still going to Mars or explore the other planets without their skills?

As an immigration lawyer, a Muslim and a civil rights activist, I have helped hundreds of individuals and even thousands in their legal matters.  Note that most of my clients are not Muslims and some were merely through social work. I also employ dozens in all religions of life.  Had I been denied a safe life in the United States, many of my clients and my staff would suffer.

This great country of ours was founded on the principles of choice and freedom. We extoll our virtues and hold them out as a beacon for others to follow.

A blanket discrimination, as Trump suggests, oppresses our ability to choose our faith and destroys the social and economic fabrics of our life. In fact, it helps terrorism instead of fighting them. It hampers long-standing immigration principles, and it would force hard working men and women to leave this country behind.

The movie “A day without Mexicans” gave us an insight into a world in the aftermath of the disappearance of Mexicans from the US. We cannot let such horror become a reality. If Muslims are forced to leave, not only the Muslims will suffer but America will suffer.

I sincerely second Fareed Zakaria’s views on this matter. Just like Fareed Zakaria, I am actually appalled by Donald’s Trump words not only because I am Muslim but because I am an American and a civil rights activist. Trump’s words are “UnAmerican”!  For the good of America and civilization, we all pray that Donald Trump’s views are never implemented.

*Shah Peerally is a leading immigration attorney based in San Francisco who wrote exclusively for LawFuel.  Mr Peerally hosts a popular radio show ”  writes regularly on immigration matters and is a legal analyst for such broadcasters as CNN, NPR, NDTV, Times Now and Sitarree TV.  He is also principal at Shah Peerally Law Group