Manhattan U.S. Attorney Preet Bharara said: “Edwin Ting and Justin Smith ran highstakes poker and sportsbook operations, respectively, that handled many millions of dollars in illegal gambling. They were part of an underground enterprise trying to be invisible to law enforcement. Their guilty pleas are an important step toward the resolution of this case.”

According to the Indictment, other documents filed in this case, and statements made at various conferences in this case: TING ran a high-stakes illegal poker game in New York City from 2010 through 2013.

At these games, the pots frequently reached tens of thousands of dollars or more. The operators of these games, including TING, collected percentages of the pots known as “rakes.” These poker games employed at least five or more people to assist with the operation of the games, payments of debts, and collection of debts.

SMITH assisted Hillel Nahmad, Illya Trincher, and others in operating their own highstakes sportsbook in New York that catered to millionaires and billionaires. Those clients typically placed bets online through various accounts maintained on gambling websites that were operating illegally in the United States. Tens of millions of dollars in bets were placed through
those online accounts each year.
* * *
TING and SMITH each face a maximum sentence of five years in prison and three years of supervised release. As part of his plea agreement, TING agreed to forfeit $2,000,000 to the United States. As part of his plea agreement, SMITH agreed to forfeit $500,000 to the United States. TING and SMITH are both scheduled to be sentenced by Judge Furman on January 7, 2014 at 2:30 p.m. and 3:30 p.m., respectively.

The charges against the remaining 29 defendants are merely accusations, and these defendants are presumed innocent unless and until proven guilty
Mr. Bharara praised the investigative work of the Federal Bureau of Investigation, the New York City Police Department, and the Internal Revenue Service, Criminal Investigation.

The case is being prosecuted by the Office’s Organized Crime Unit. Assistant U.S. Attorneys Harris M. Fischman, Joshua A. Naftalis, Peter Skinner, and Kristy J. Greenberg of the
Organized Crime Unit are in charge of the prosecution. Assistant U.S. Attorneys Alexander
Wilson and Christine Magdo of the Office’s Asset Forfeiture Unit are responsible for the
forfeiture aspects of the case.
13-291 ### 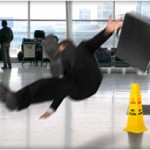