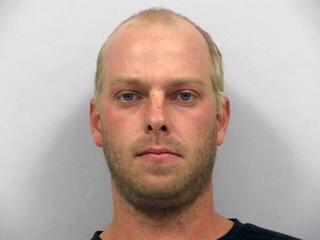 Shawn McCormack, 31, of Colorado Springs, Colorado, was found guilty in April 2015 by a federal jury of four counts of sexual exploitation of a child and two counts of kidnapping.  Senior U.S. District Judge Anthony W. Ishii of the Eastern District of California presided over the trial and imposed the sentence.

“McCormack’s depraved actions in this case are the stuff of nightmares.  While posing as a trusted friend and house guest, McCormack kidnapped his hosts’ toddler child and sexually abused the child in local motels and parked cars,” said Assistant Attorney General Caldwell.  “Through tireless efforts, law enforcement was able to rescue the victim from further abuse and ensure that McCormack never again will victimize another child.”

“McCormack’s acts were both vile and heart-breaking, and they may have continued undetected for years but for the imaginative, dogged, and painstaking work of the investigators who brought him to justice,” said U.S. Attorney Wagner.  “We are gratified by the sentence McCormack received today, which is both severe and just, and while the harm that he inflicted cannot be undone, we can be assured that he will not be able to inflict further harm upon our most vulnerable.”

“The sexual exploitation of children is a heinous crime that leaves lifelong emotional scars on young victims,” said Special Agent in Charge Spradlin.  “It is our duty to protect those who cannot protect themselves.  Together with our law enforcement partners, we will continue to pursue child predators and make them accountable for their dark and monstrous deeds.”

According to evidence presented at trial, McCormack, feigning to be a friend, traveled to a couple’s residence in Bakersfield, California, and stayed as an overnight guest on multiple occasions.  During several of the overnight stays, in the middle of the night, McCormack removed the couple’s toddler from the house and sexually abused the toddler in nearby motels and other locations, and then returned the toddler to the house before the parents awoke.  The evidence demonstrated that McCormack photographed and recorded the sexual abuse and distributed the images and videos to others online, including to an undercover officer with the Toronto Police Services.  McCormack also recorded his sexual abuse of a second toddler and distributed those images as well.

The trial evidence showed that, in 2010, during forensic analysis of the computer of another individual, Homeland Security Investigations (HSI) agents in Boston, discovered images and recordings distributed by McCormack.  After the agents identified the date, time and motel room in which one of the videos had been produced, they learned that McCormack had rented that motel room on the night when the recording was created.

This case is part of an ongoing HSI-led investigation being conducted by U.S. Immigration and Customs Enforcement’s Field Offices in Bakersfield, California; Colorado Springs, Colorado; and Boston, Massachusetts; the Bakersfield Police Department; the Colorado Springs Police Department; Toronto Police Services and the FBI.  This case was prosecuted by Trial Attorney Maureen C. Cain of the Criminal Division’s Child Exploitation and Obscenity Section (CEOS) and Assistant U.S. Attorneys Patrick R. Delahunty and Megan A.S. Richards of the Eastern District of California.

This case was brought as part of Project Safe Childhood, a nationwide initiative to combat the growing epidemic of child sexual exploitation and abuse launched in May 2006 by the Department of Justice.  Led by U.S. Attorneys’ Offices and CEOS, Project Safe Childhood marshals federal, state and local resources to better locate, apprehend and prosecute individuals who exploit children via the Internet, as well as to identify and rescue victims.  For more information about Project Safe Childhood, please visit www.justice.gov/psc. 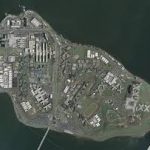 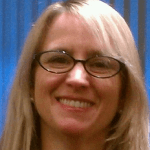