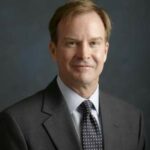 The soaring bankruptcy bills for Detroit are a cause for major concern on several fronts, even as the City scores a $350 million loan to help pay off its crippling debt, but there is also an issue over Michigan Attorney General Bill Schuette’s conflict of interest in the city’s bankruptcy some legal experts are saying.

Reports say that Schuette is in a conflict of interest in the Detroit bankruptcy case by acting on behalf of city retirees on one side and the state of Michigan and Gov. Rick Snyder on the other, according to two legal experts.

Schuette has insisted since July there is no conflict that would prevent his dual role, but his office acknowledged this week that Snyder’s office has signed a conflict of interest waiver — a document a client signs acknowledging his attorney may have a conflict, but saying he wants to proceed with the representation anyway.

The two legal experts — Robert Sedler, a law professor at Wayne State University who specializes in constitutional issues; and Larry Dubin, a professor at University of Detroit Mercy School of Law who is an expert on legal ethics — say Schuette’s conflict in the Detroit bankruptcy case is so fundamental they don’t think it can be waived.

Snyder gave the green light for Detroit’s bankruptcy in a move retirees say violated the state constitution by putting their pension benefits at risk.

It’s not uncommon for the attorney general to represent two state agencies on opposing sides of a lawsuit. It’s happened many times under Schuette and his predecessors, Mike Cox, Jennifer Granholm, and Frank Kelley, who took office in 1961.

What’s different in the Detroit bankruptcy case is that Schuette is not just an attorney for a state agency, but a named party on behalf of city retirees and the state constitution.