You are here: Home / Legal Opinion / Developments in Lending Laws – Are They Enough? 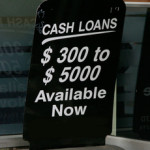 LawFuel.com – In the aftermath of the global economic crisis, which is still sending reverberations around the globe, New Zealand lending laws have been under strong scrutiny. Businesses often have a number of legal options when facing financial difficulty, although sometimes not always thought through legally as well as they might have hoped, such as in the recent sale and buy back arrangements ruling.

Generally, however, businesses unlikely to fall prey to underhanded lending. Consumers on the other hand, have frequently been the victims of loan sharks in recent years, with many taking desperate measures in a financial climate that offers little options.

As a result, we have seen a number of amendments in the legal framework to maximise the legal protection of consumers in these cases. However, are the measures likely to be effective, and are they enough?

The overall goal of the bill was to make sure that those borrowing from financial lenders had greater legal protection from unscrupulous operators. One of the major problems faced by consumers for example, is taking loans out that they cannot afford to repay. Under the Bill, lenders are no longer allowed to give credit to those that will be placed in financial hardship when repayments are due.

Many loan shark and less reputable lenders for example, often target the section of the consumer market that they know loans are most appealing to.

This often means that those without the means to pay loans back, and those that are already under financial pressures often take these offers as short term solutions, getting in even more debt. The intricacies of the amendments stipulate that lenders have to make all terms and associated costs of a loan transparent and freely available for public consumption. Cancellation periods have also been changed, extending to five working days over the previous three.

The legislation is currently being reviewed, and has already passed its first reading, made on September 17th of this year. While it can certainly be in no doubt that lending was one of the major causes of the global economic crisis, there are of course concerns that the bill does not address the real problems – that of bottom of the market lenders, and simply places unnecessary constraints on larger lenders such as banks.

The main criticisms of the proposed laws have come from the larger lenders and banking sector. There are concerns that mortgages have been included in the legislation for example. While there are acknowledgements that the laws are indeed an improvement as far as bottom end lenders are concerned, many senior figures, such as the Banker’s Association’s Chief Executive Kirk Hope, have been moderately supportive but also critical:

Further comments have also drawn attention to the fact that previous legislation would have been perfectly sufficient, but was not properly enforced. When it comes to mortgages, many large lenders and mortgage providers are already being challenged in court by debtors when they seek to enforce selling security from debtors that have defaulted, such as properties.

This is perhaps the most interesting criticism, because we know that the selling of debt was a key contributor to the severe economic problems faced a few years ago. It could also be argued that in fact, larger lenders are certainly not necessarily above employing predatory tactics to lure vulnerable consumers into mortgages and loans they cannot afford – it was these very kinds of debt that were bumped up to governmental rating in the US, that were then bet on by investment firms and banks in the first place.

Conversely then, this legislation could be viewed as a vital step in the right direction for the protection of consumers and the economy at large. Additionally, no matter how tough the new laws are, there will always be a market for bad credit and bottom market loans.

Making sure that these credit options and loans are at the very least clear to consumers so they understand the implications is fundamental. Money.co.uk state that interest rates on bad credit loans are often astronomically higher than normal, and making sure consumers are at least aware of these potential pitfalls may go some way to ensuring that those unable to pay them back avoid them.

Ongoing Credit Law and the Economy

While there have been elements of criticism from the banking sector, the overall feeling is somewhat mixed. RBNZ for example, has already begun taking steps to crack down on mortgage lending. The bank announced it would be prioritising first time buyers over investment properties and has in essence taken on the new legal framework with open arms.

Whether the legislation will be seen to be effective only time will tell, but initial reception does seem encouraging, especially as some of the major banks are embracing the changes. One area of concern will certainly be that of enforcement however.

It is hard to dismiss the claims that previous legal framework was enough if enforced, but on the opposite side of the argument, perhaps it is expected that some of the larger lenders would take this view due to the umbrella approach of the amendments. Either way, these changes come at a time when things are tough for the New Zealand housing economy, as well as many other sectors.

As result, lending becomes more of a necessity for many, and many of the lending opportunities available are considered high risk by the Reserve Bank.

If house prices do fall, home owners could be in a potentially bad situation. The recent legislation is bound to end up affecting elements of this market as well as lending and mortgages. In the long run, while the legislation could certainly protect consumers to some degree, the ramifications in the economy in general are still open to speculation.