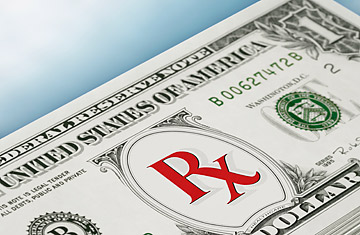 Defendants Fraudulently Ran Medical Clinics and Related Medical Supply and Ambulette Companies, While Paying Elderly People to Act as Patients, and Billing for Unjustified or Non-Existent Medical Goods and Services

Joon H. Kim, the Acting United States Attorney for the Southern District of New York, announced today that five defendants have pleaded guilty in the past week to participating in a scheme to defraud Medicare and Medicaid through the operation of eight medical clinics and related health care providers in Brooklyn. The defendants pleading guilty are Dr. MUSTAK Y. VAID, medical supply company president MARINA BURMAN, clinic executives ASHER OLEG KATAEV, a/k/a “Oleg Kataev,” and ALLA TSIRLIN, and IVAN VOYCHAK, who helped run two of the fraudulent clinics and a related ambulette company. The defendants were charged with participating in a $30 million health care fraud scheme. As part of the scheme, the defendants or their co-conspirators paid cash kickbacks to elderly patients (the “Paid Patients”) insured by Medicare and/or Medicaid, and then billed Medicare and Medicaid for unnecessary medical services, tests, and supplies.

Acting U.S. Attorney Joon H. Kim said: “These five defendants bilked Medicare and Medicaid out of millions of dollars for unjustified medications, procedures, and supplies. Medicare and Medicaid were established to assist the elderly and economically disadvantaged, not to serve as cash cows for corrupt professionals.”

Five additional defendants remain under indictment in the case, which is scheduled to go to trial before United States District Judge Lorna G. Schofield on April 23, 2018. Those remaining defendants are presumed innocent unless and until proven guilty.

As alleged in the Indictment and in court papers and proceedings in the case: Aleksandr Burman, an individual with no medical license, established eight medical clinics in Brooklyn (the “Related Clinics”), which operated between 2007 and 2013. For each clinic, Aleksandr Burman hired a doctor, one of whom was VAID, as the nominal owner of the clinic, since New York State law requires that such clinics be owned by a medical professional. In fact, however, VAID was hired by Aleksandr Burman simply to pose as the owner of one of the clinics, and to sign medical charts falsely stating that he had examined a number of Paid Patients, and to provide prescriptions and referrals for medically unnecessary supplies.

In pleading guilty, the five defendants have admitted to various specific roles in operating several of the clinics and two related businesses.

VAID, 44, a physician, pled guilty before Magistrate Judge Henry B. Pitman on November 8, 2017 to charges of falsely holding himself out as the owner of one medical clinic, and falsely signing medical documents stating that he had provided medical services that he had not.

BURMAN, 54, is a resident of Manhattan whose former husband, Aleksandr Burman, previously pleaded guilty in a related indictment and was sentenced in May 2017 to 10 years in prison. BURMAN pled guilty before Judge Schofield on November 14, 2017 to charges that, as the registered president and owner of Universal Supply Depot, she fraudulently billed Medicaid more than $3 million for medical equipment, particularly including large amounts of adult diapers, that were in fact not dispensed. BURMAN was also charged with arranging for Paid Patients to exchange their diaper prescriptions for valuable merchandise, such as bed linens, tablecloths, dishes, kitchen appliances, and other housewares.

VOYCHAK, 37, pled guilty before Magistrate Judge Kevin Nathaniel Fox on November 13, 2017 to charges that he helped operate a medical ambulette company that fraudulently billed Medicaid for transportation services that were not medically necessary, and participated a scheme to pay kickbacks to patients at the fraudulent medical clinics.

Each of the defendants pled guilty to Counts One and Two of the indictment. Count One charges the defendants with conspiring to commit health care fraud, mail fraud, and wire fraud; while Count Two charges each defendant with health care fraud. Count One carries a maximum sentence of 20 years in prison, while Count Two carries a maximum penalty of 10 years in prison.

The statutory maximum sentence is prescribed by Congress and provided here for informational purposes only, as the appropriate sentences will be determined by the Judge.

The prosecution of this case is being handled by the Office’s Complex Frauds and Cybercrime Unit. Assistant U.S. Attorney David Raymond Lewis is in charge of the prosecution. 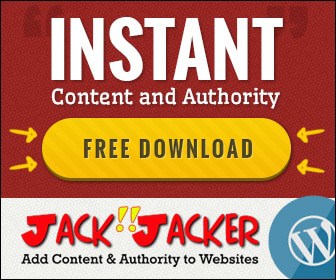