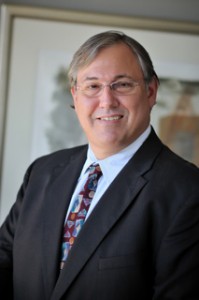 We are all familiar with George Wallace’s stand in school house door, a battle which he lost. It appears that the Supreme Court has kicked down, or at least opened the door, to employers in Alabama and around America when it comes to gay marriage.

This week, the Supreme Court, in the case of United States v. Windsor, ruled that Section 3 of the Defense of Marriage Act, signed by President Clinton after being overwhelmingly approved by Congress, is unconstitutional. Edith Windsor and Thea Spyer were married in Ontario, Canada in 2007. They lived in New York, which recognized their marriage. Spyer died in 2009, and Windsor attempted to claim the federal tax exemption for surviving spouses.

DOMA prevented her from doing so. Section 3 of DOMA provided that for over 1,000 FEDERAL laws and all FEDERAL regulations, marriage is defined as a legal union between one man and one woman, and spouse as a husband or wife of the opposite sex. The Court found that domestic relations “is an area that has long been regarded as a virtually exclusive province of the States”, and that “DOMA seeks to injure the very class New York seeks to protect.” The majority opinion relied on Equal Protection grounds in striking DOMA. The Court was divided 5-4. As of right now, there are 12 states that recognize same sex marriage, and California will become the 13th in light of the Hollingsworth v. Perry opinion issued the same day as Windsor, as well as the District of Columbia.

From an employment perspective, there are now many questions that can be answered, and even more that cannot. Employers who operate in multiple states have even more issues in light of Windsor. The issues that employers will need to address include:

a.In the states that have marriage equality statutes, the definition of “spouse” will include a husband or wife of the same sex.

b.In the states that do not have marriage equality statues, such as Alabama, arguably FMLA will not apply to same sex marriages (SSM). However, I expect that this will be challenged in court, either in Alabama or elsewhere.

2.Department of Defense: DOD has undertaken to review benefits available to spouses. Since DOD operates under Federal law, benefits will be available to same sex married couples, even in states that do not recognize SSM.

3.Affordable Care Act, Cobra and HIPAA: These statutes make numerous references to “spouses” and “dependents”. Interestingly, the ACA adopted a definition of “dependent” to EXCLUDE spouses. If the insurance policy defines “spouse” to include or exclude SSM, I believe that it would be binding. If the policy does not define spouse as either SSM or heterosexual, many questions arise. Which law applies: Alabama or Federal? If a SSM couple is married legally in a state that recognizes it, and they move to Alabama, will they be covered? Some policies do not require coverage for spouses, and this exclusion probably would apply to both SSM and heterosexual spouses. If changes are made, do they need to be retroactive? Under HIPAA, marriage is a qualifying “change in status”. This allows an employee to immediately add a new spouse to a health plan if it covers spouses. Will this change in status apply in states that do not recognize SSM even though the couple was married in a state that does allow it? It will take time for these issues to be addressed through regulations, contractual terms, and/or the courts.

4.ERISA and Employee Benefit Plans: I believe that this is a very grey area. Plans define “spouse”, and the plans will need to be examined in light of Alabama law, or the appropriate state. If plans are amended, do the changes need to be retroactive? Litigation is a good possibility over these issues.

5.FEDERAL taxes: I believe that SSM spouses can now take advantage of the same federal tax benefits that heterosexual married couples have available to them. This includes tax free status of health insurance benefits and inheritance, as well as the ability to file jointly, if they so desire. I expect that SSM spouses may file amended federal returns, if they were legally married, to seek joint filing status if they so desire.

6.ALABAMA taxes: Since Alabama does not recognize SSM, I believe that SSM couples will not be able to take advantage of any state specific tax benefits that are available to heterosexual married couples.

8.LGBT discrimination: Although not specifically addressed, there has been attempts at the Federal level to enact laws prohibiting discrimination based on LGBT status. In light of the reliance on the Equal Protection clause by the majority, with the current administration, I would expect a big push, either through Congress, the various agencies, such as EEOC and DOL, and/or through executive order to expand rights to the LGBT community. Also, for employers who conduct business outside of Alabama, a number of states have adopted state laws probating LGBT discrimination.

9.Divorce and Choice of law: This raises many questions. A SSM couple gets legally married in NY. They move to Alabama and now want to get divorced. Can they get divorced in Alabama? Or do they have to move back to NY for the divorce? Some federal laws include direction on which state’s law is relevant, while other statutes do not. This will create conflict that will probably lead to more court action.

10.Retroactive application of Windsor: SSM couples may seek to retroactively obtain benefits. These include, but are certainly not limited to, amending federal and/or state tax returns to file jointly, obtain relief on medical insurance premiums that were taxed since they were not deemed to be married, to take advantage of gift tax benefits, or to take advantage of estate tax benefits. There may be requests to obtain social security benefits for surviving spouses.

The Supreme Court left standing Section 2 of DOMA, which provides that states ARE NOT required to recognize SSM from other states.

Practice pointers. One word that comes to mind after the Windsor decision is confusion. It will take time, maybe years, to get all of the questions answered. I anticipate numerous federal agencies, such as the IRS, EEOC, DOL, DOD and others to review their current regulations and amend them as they find necessary in light of this decision. There will be a great deal of discrepancy between states that do not recognize SSM as to how they will address these issues. I urge all employers to keep their eyes and ears open to keep up with the changes that will result from the Windsor decision, which I expect will be continuous for the foreseeable future.