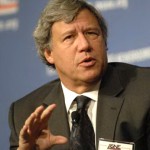 I was amused this evening to catch a glimpse of a CNN show asking this question, as if either characterization is correct. In my judgment, based on what I know from the media thus far, Snowden is neither a hero nor a traitor, but he is most certainly a criminal who deserves serious punishment.


I say this as someone who believes strongly in government transparency, but even more strongly in the orderly rule of law. Snowden knowingly accepted a position of trust in his relation to the government. He did not have to accept his job, but he did. A clear condition of that job was his voluntary agreement not to disclose any classified information – that is, information the disclosure of which could reasonably endanger the security of the nation.

The government cannot always attach conditions to employment. For example, it cannot constitutionally require its employees to agree never to criticize the president or never to get an abortion or never to invoke their rights under the Fourth Amendment. But it is well-settled that the government can require its employees to agree to some conditions, and one of them is not to disclose classified information.

As the Supreme Court held in Snepp v. United States in 1980, not only can government employees constitutionally be required to agree not to disclose classified information, but they can even be required to agree, as a condition of employment, not to publish “any information or material relating to . . . intelligence activities” even after they leave the government service without “specific prior approval.” As the Court emphasized, an employee’s disclosure of “material relating to intelligence activities can be detrimental to vital national interests.”

But what if the employee decides, in his own wisdom, that some classified information doesn’t need to be classified or that it would be good for the public to know the classified information? Should the employee be allowed to make that judgment? Merely to state the question is to answer it. There is no reason on earth why an individual government employee should have the authority, on his own say so, to override the judgment of the elected representatives of the American people and to decide for the nation that classified information should be disclosed to friends and enemies alike. Such an act is a complete usurpation of the rule of law.