You are here: Home / Legal Opinion / Even If The Police Don’t Charge The Driver, Your Attorney Can! 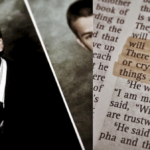 People rely on the police and the attorney general’s office to arrest offenders and file charges in criminal cases. However, when both parties fail to do either of these things, people may be left to wonder what rights they have to seek justice for themselves and their loved ones. Parents who have lost a child in a tragic accident can take several important steps to seek justice and closure if their local police department and prosecutor’s office refuse to file charges in their child’s accident case.

The most recent and shocking news of this type of case came in from Orlando, Florida. A teen was killed by a driver and the driver was not charged. This prompted an alert to parents who viewed a Florida personal injury video to investigate their options and legal rights.
[wp_ad_camp_1]
The Orlando Sentinel stated “The boy, Jahkere Isaac, was walking with a 15-year-old family member along the line that separated the left lane and the center lane of the major road near East Perimeter Road. He was hit by a Ford Ranger pickup truck driven by 51-year-old Curtis Johnson. After the crash, police say, Johnson stopped and attempted to help the young boy. He was transported to a local hospital where he later died. The other teen was not hurt. Police say alcohol was not a factor in the crash and Johnson will not face charges.”

After their initial shock wears off and they have a chance to regain their sense of composure, parents should retain an family attorney who specializes in family law to help them. They more than likely will have many questions regarding the accident, including how it happened and why the police are refusing to charge the person responsible for their child’s death.

This refusal to file charges in particular was witnessed recently when a teenager was struck and killed by an oncoming car during the early morning hours. Despite the driver admitting to hitting the teen, the police have refused to file charges, stating the accident was indeed just a tragic mishap. This teen’s parents, as well as other parents in similar circumstances, can begin to find justice and closure by hiring an lawyer immediately.

Even if the police and prosecutor’s office are refusing to file charges, parents can still take action against the responsible party. They can ask that their attorney file a civil suit against the other driver and take the necessary action to seek compensation from the other person’s insurance company, as well as the person himself or herself. While criminal charges could have led to the responsible party being held legally accountable for the accident, civil action can hold that person financially responsible.

The parents of the lost individual should not be left to cope with their child’s funeral and medical expenses. The least that the responsible person can do is to pay for these costs and help the family begin to rebuild their lives without that added financial worry.

Having an lawyer on retainer can also help the family pursue a formal investigation if needed. Their attorney can pursue the avenues needed for the accident to be investigated by the police or by a private investigation contractor. If new details are revealed, the family can then take this new evidence to the police and ask that charges be filed accordingly.

An attorney can make sure that the investigation is carried out in a legal, yet thorough manner. Sometimes the police department and prosecutor’s office are more likely to file charges if they are pressured by one of their peers in the legal community.

Losing a loved one in a tragic accident is a devastating enough experience without having to face the reality that no charges may ever be filed in that case. Rather than accept that no one may ever have to answer for their child’s death, parents can find closure and seek justice when they take important steps in the aftermath of the accident. These steps can hold the responsible party accountable for the accident and give parents the information they need to seek compensation and to request formal charges if the information provided warrants it.

Jennifer Alston is passionate about this issue. Her first related experience was at the age of 10, when a friend’s brother was killed in a car crash and the driver was not charged.

The family experienced great pain, and during that time, injury lawyers were not as accessible. She brings this information to educate parents of their rights and due justice.

Finding the right representation is not easy; there is a Florida personal injury video by an experienced attorney, which explains the rights that parent have.