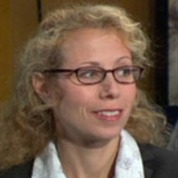 Jamie Sheller is a Pennsylvania personal injury lawyer who handles a range of personal injury law work, but who also has an extensive experience in organizing mass tort document production and use of databases. She is fully familiar with state-of-the-art computer technology and how to effectively use it for litigation.  Here she writes about the recent manipulation by Facebook of their news feed posts, to they could spread ‘contagion through a network’.  Should the courts continue to permit the manipulation, sale and use (or misuse) of personal information, she asks.

Think back, for a moment, to January 2012: Did you feel sad that day? Did you break up with your boyfriend or girlfriend? Did you shave your head? Did you spend all day in bed?

Or, conversely, did you experience an inexplicable surge of joy? Did you celebrate this newfound happiness by maxing out your credit card on new clothes or buying everyone at the bar a drink?

Why the sudden mood changes? Well, If you were a regular Facebook user you may have been one of the 689,003 people emotionally “manipulated” by a Facebook experiment you didn’t know you volunteered for. For this recently published experiment Facebook fed over 600,000 users either upbeat or depressing newsfeeds and then tracked those users’ subsequent posts with high-tech analytics to see if their responses were negative or positive.

The findings: Facebook discovered that by manipulating the emotional content of users’ newsfeeds they could thereby spur the spread of emotions “via contagion through a network.”

More importantly, given the massive scale of social networks such as Facebook, even small effects can have large scale consequences. For example, the well-documented connection between emotions and physical well-being suggests the importance of these findings for public health. Online messages influence our experience of emotions, which may affect a variety of offline behaviors.

So if you were one of the unwitting 600,000-plus subjects of this experiment, you might have even seen the impact of Facebook’s manipulations on your “offline,” real life.

Facebook might argue that they got your permission via some buried language in a privacy policy. Or they might also argue that the impact of this experiment was no different than a TV commercial a juicy hamburger that inspires a viewer to run off to Micky D’s.

But it is indeed quite different.

As our United States Supreme Court recently recognized in Riley v. California 573 U.S.__(2014)—a case involving a warrantless search of a cell phone—that “prior to the digital age, people did not typically carry a cache of sensitive personal information with them as they went about their day.” In a unanimous opinion authored by Chief Justice Roberts the Court said that current technology “collects in one place many distinct types of information that reveals much more in combination than any isolated record.”

It “allows even just one type of information to convey far more than previously possible,” serving as “a digital record of nearly every aspect of their lives.” In the Riley case, the unanimous Supreme Court concluded that even a criminal defendant deserved privacy and that “privacy comes at a cost,” such that law enforcement under most circumstances must obtain a warrant to search an arrestee’s cell phone.

To date, however, this new legal trend in criminal cases doesn’t seem to apply to Facebook .

Should our Courts and legislature continue to allow the unregulated high-tech use, analysis, manipulation and selling of our personal information? Currently, most legal efforts to protect our electronic privacy have been rebuffed by the Courts—usually because there are no adequate statutory and legislative protections. The prevailing sentiment is that if you choose to partake in a free internet then you have no privacy rights and everything is fair game. But think about the power of big companies collecting and crunching huge portions of our electronic life which, as the Supreme Court aptly notes, convey far more about us than previously thought possible as a result of high-tech algorithms that access and search everything we do electronically. Do we really think Facebook and others can be responsible citizens capable of policing themselves when there are no legal consequences? Do we really think that only a word or two buried in a privacy policy should enable a company to manipulate our emotions so they can “spread via contagion through a network” to all our friends?

This Facebook emotional contagion should be our wake-up call. We need to put some limits on what companies can do with our private information.

In the meantime, be warned, Facebook users: if you do happen to suddenly feel miserable and catch yourself about to shave off your hair, hold up—it may not be as bad as you think, your real offline life maybe great. It might just be Facebook messing with you again and giving you a bad online day.