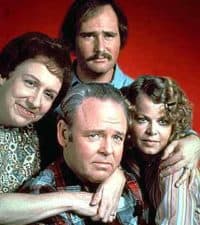 Technology companies routinely conduct patent sales, whether through high-profile auctions like the one recently proposed by Yahoo, or as part of ordinary-course asset divestitures.

There are many considerations to address when conducting a patent sale to ensure that both the buyer and seller realize maximum value from the transaction; however, one issue in particular that is sometimes overlooked is the importance of assessing the so-called patent families that constitute the patent portfolio for sale.

Depending on how patents within a patent family relate to one another, if the ownership of such patents is separated such that some of the patents in the family are sold to the buyer but the seller retains others in the family, the parties may not realize maximum value from the transaction.

For example, failure to acquire an entire patent family may leave the buyer without ownership of patents covering the latest improvements of the patented technology or without control over the prosecution of important pending claims. Even worse, if patents within a patent family are subject to a filing called a “terminal disclaimer,” separating their ownership may render certain of them unenforceable.

Here we provide an overview of this specific risk and offer general guidance on how to address it in the context of a patent sale. When two or more commonly owned patents disclose the same invention, with the later-filed patent containing patentable indistinct variations of the same inventive concept disclosed in the first-filed patent, the U.S. Patent and Trademark Office may reject the laterfiled patent on the basis of what is known as “nonstatutory obviousness-type double patenting.”

Nonstatutory obviousness-type double patenting is a judicial doctrine that was created for two primary purposes: (1) to prevent patent owners from unjustly extending a patent’s exclusionary term by filing repeated applications for the same invention, and (2) to prevent alleged infringers from being subjected to litigation from multiple parties that own patents covering the same invention

. . failure to acquire an entire patent family may leave the buyer without ownership of patents covering the latest improvements of the patented technology . .

To overcome a nonstatutory obviousness-type double patenting rejection, a patent owner may, in certain situations, elect to file a terminal disclaimer, which cures the problem by setting the expiration date of the later-filed patent as the same date as the first-filed patent.

However, to ensure that infringers of the two patents cannot be subject to litigation by more than one patent owner, the later-filed patent for which the terminal disclaimer is filed is enforceable only for and during the period that such patent is “commonly owned” with the first-filed patent.

Therefore, separating the ownership of such All in the Family When buying a patent, check out its relationship to others.

Accordingly, early in a patent sale transaction, it is critical for the parties to carefully assess whether any patents contemplated for sale are subject to a terminal disclaimer. Ideally, if any terminal disclaimers were identified, all of the patents subject to them would either be sold to the buyer or retained by the seller.

Read the full article at this link 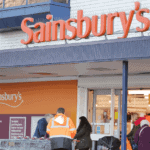 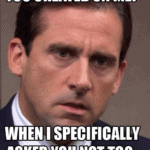