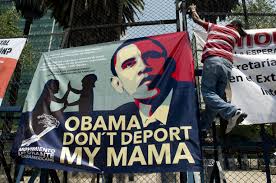 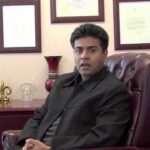 Lately, the news has been filled with immigration matters especially since president Obama has set out his famous “Executive Orders” allowing millions of immigrants to get a work permit and stay in the United States on a deferred action program. While the U.S. Congress is debating on the legality of such actions and some judges are deciding on the program, millions out there are still living in fear of deportation regardless of the new laws being passed.

Having been an immigration lawyer for more than ten years, I have noted one thing in common with all immigrants:they all live in fear of deportation until a permanent solution is found for them. I believe that the minimum we can do as human beings is to decrease this fear.

Over years, I have finally understood what is this fear and I have come to the conclusion that it is very similar to the fear of torture.
The fear of torture is often worse than the actual torture.
The human mind is a fabulous machine. Depending on our upbringing, we have different tolerance for pain and suffering. We all are fearful of danger but we are more fearful of unknown dangers. If someone is being interrogated and has a fear that he or she will be tortured, this person has a bigger chance of talking before rather than during or after actually being tortured.

Similarly people who fear deportation live in constant fear of being deported rather than being in the actual deportation process.

The fear of deportation can actually have affect the future of an entire family.

One thing both groups have in common is the fear of deportation.
I remember representing a naturalized US citizen immigrant who married an immigrant seeking legalization. The US citizen husband came from a country where torture is a common thing. After having been granted asylum in the United States and ultimately naturalized as a United States citizen, his fear of torture and deportation had nonetheless not disappeared.
In order for my US citizen client to bring his wife, he needed to go through an immigration process usually conducted either by the Department of Homeland Security (DHS) or State Department or both.

The process of petitioning for a foreign spouse is usually not complicated however under the Marriage Fraud Act, the government will conduct an immigration fraud interview to make sure the marriage is bona fide.
During the interview, with no attorney present, the adjudicating/interviewing officer was very aggressive to the point where the US citizen client started thinking about torture and deportation despite being a US citizen. He felt he was being ‘interrogated’ rather than being interviewed. At this point, his fear took precedence resulting in him giving the wrong information to the DHS officer.

The truth is that my client was not lying, he was just scared and he would rather “talk” anything than remain silent. When asked why he said “things that were not true”, he simply answered “I just wanted to get out of there…so I told him what he wanted to hear!”   This is exactly what most people who fear torture or are being tortured would say. Unfortunately, some immigrants in an interview setting feel the same way as in a torture setting.
Even immigrants with temporary status fear deportation which is a mental torture.
The fear of deportation is a lingering fear that stays with the immigrant until he or she reaches the final destination of naturalization and beyond. Let us talk the example of the Silicon Valley. The Valley is full of amazing and talented people. Many of them are on temporary status such as H1B visas or awaiting to obtain their permanent residence.

No matter how assured many immigrants are, the fear of deportation follows them just like a ghost. For every moment of their lives including driving, traveling abroad, or a simple journey on a cruise ship, they are too often fearful of either being inadmissible to the United States or simply being placed in deportation. One of the laws which has successfully been used by the State Department to keep non-immigrants with an approved visa outside the United States is the infamous INA 221(g).

This law has almost a catch all provision which has successfully been used by the State Department to deny or delay an entry visa to the United States. Note that many of such cases were already approved by the DHS. According to the State Department most of such denials are often reversed when reviewed by the agencies. But during the meantime, the person who is seeking entrance loses his or her job and much more while waiting for an re-approval or a reversal of the decision.
The feeling of not being able to finalize one’s status is very profound. In fact, many would think that every single plan they make should somehow conceptualize the idea of a ‘fear of being deported’. This feeling is per se a mental torture.   As such, for an immigrant the fear of deportation is as bad as the fear of torture.
A message to those who believe that immigrants live ‘happily ever after’ in the United States once they get a work permit.

For those who think that the Obama solution is a total ‘amnesty’ to immigrants, they got it completely wrong. What President Obama is offering is just a quick bandaid.

It is just a work permit and not a permanent solution.   The problem is not only a colossal nightmare but one that cannot be solved merely with a deferred action work permit.   It is sad to say that President Obama’s solution is no way a real solution to the pain and suffering of many immigrants out there. Yet it might be a relief from the fear of the ‘torture of deportation’.
On February 16th 2015, as I was writing this article, a Judge from Texas acting in a very singular manner stopped some of the Obama executive orders regarding immigration. The plaintiff in this case was Texas joined by Alabama, Arizona, Arkansas, Florida, Georgia, Idaho, Indiana, Kansas, Louisiana, Michigan, Montana, Nebraska, Nevada, North Dakota, Ohio, Oklahoma, South Carolina, South Dakota, Tennessee, Utah, West Virginia, Wisconsin, the Governors of Mississippi, Maine, North Carolina, and Idaho. The underlying complaint alleges violations of the Take Care Clause, U.S. Const. Art. II, § 3, cl. 5, and the Administrative Procedure Act, 5 U.S.C. §§ 551et seq., and seeks declaratory and injunctive relief. The Judge granted this injunctive relief. This resulted in an halt in Deferred action for Childhood Arrivals (DACA) and future Deferred Action for Parents Arrival (DAPA).

Both would have granted a work permit to some honest people living in the United States. It would have also alleviated the mental torture of the fear of deportation.
On the day the judge’s ruling was released, our office telephone rang off the hook where people started first being anxious, then scared and ultimately turn angry. Some are so stressed that they could barely breathe. In their voices, one could feel their pain and disappointment. A pain which can be equated to mental torture. It make me wonder whether we are a nation which cannot feel pain? But, as good Americans, we do. Therefore, as Americans we should also treat the immigrants as humans and give them a fair chance.
Franklin D. Roosevelt once said, “the only thing to fear is fear itself”. While he might be right for many, he would have probably been wrong regarding deportation and the fear of deportation. The truth is that the fear of immigrants is real and it is almost a state of mind, a perpetual fear which does not really go away.

The best we can do as Americans and good human beings is to reduce this fear and give a chance to those who deserve a chance. So let us all work together to do the right thing. Just like we say no to the fear of torture, we should say no to the fear of deportation!
Information provided above is for educational purposes only.  One should not act or refrain to act solely based on the information provided.  You should consult an attorney to assess your case before proceeding.

Shah Peerally is an attorney licensed in California practicing immigration law and debt settlement. The law group has office in Newark and San Francisco California. Shah has featured as an expert legal analyst for many TV networks such as CNN, NPR, NDTV, Times Now and Sitarree TV.  Articles about Shah Peerally and his work have appeared on newspapers such as San Jose Mercury News, Oakland Tribune, US Fiji Times, Mauritius Le Quotidien, Movers & Shakers and other prominent international newspapers. His work has been commended by Congress women Nancy Pelosi and Barbara Lee.  He has a weekly radio show on KLOK 1170AMand frequently participates in legal clinics in churches, temples and mosques. His law group, Shah Peerally Law Group, has represented clients all over the United States constantly dealing with the United States Citizenship and Immigration Services (USCIS), Immigration and Custom Enforcement(ICE) and CBP (Customs Border Patrol (CBP) under  the Department of Homeland Security (DHS).  This department was formerly known as the Immigration and Nationality Services (INS). 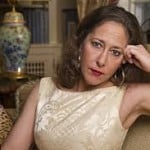 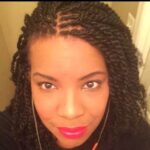