TwitterFacebookLinkedInPinterestRedditEmail
LOS ANGELES – A JetBlue flight attendant who allegedly attempted to use her credentials to bring nearly 70 pounds of cocaine through a security checkpoint at Los Angeles International Airporton Friday was charged today with a federal narcotics trafficking offense.
Marsha Reynolds, 31, of Jamaica, New York, was taken into custody this afternoon after she surrendered herself to the Drug Enforcement Administration at John F. Kennedy International Airport in New York.
Reynolds was charged in United States District Court this afternoon with possession with the intent to distribute cocaine after she allegedly abandoned 68.49 pounds of cocaine after being directed to a secondary screening area at LAX on Friday.
The affidavit in support of the criminal complaint alleges that Reynolds approached the Known Crew Member security checkpoint in Terminal 4 at LAX Friday evening. After showing her official badge and identification to the Transport Security Administration officer on duty, Reynolds was randomly selected for additional screening. Reynolds was then escorted to a secondary screening area. Upon arriving at this checkpoint, Reynolds dropped her luggage, removed her shoes, and fled the area, running down an upward-traveling escalator and away from TSA officers.
According to the affidavit by an FBI agent, law enforcement officials followed protocol to determine that Reynolds’ luggage did not contain explosives or any dangerous devices. An LAX police then officer conducted an inspection of the bag and discovered a total of 11 individually wrapped packages which were later determined to contain cocaine.
“Our nation’s security depends on every individual with security clearances to honor the trust placed in them,” said United States Attorney Eileen M. Decker. “The defendant’s conduct violated that trust and, in the process, exposed the public to a major narcotics transaction and the dangers inherent to such a transaction. The intervention of the Transportation Security Administration and law enforcement ensured the safety of the passengers and staff at LAX.”
A criminal complaint contains allegations that a defendant has committed a crime. Every defendant is presumed to be innocent until and unless proven guilty in court.
Reynolds is expected to make her initial court appearance tomorrow in United States District Court in Brooklyn.
If she is convicted of the narcotics trafficking offense, Reynolds would face a statutory maximum penalty of life in federal prison, and a mandatory minimum sentence of 10 years.
This investigation was conducted by the Los Angeles International Airport Criminal Enterprise Task Force (LAACETF), an inter-agency task force based at LAX. The Task Force, which includes representatives of the FBI, the DEA, United States Customs and Border Protection, the Transportation Security Administration, the Los Angeles International Airport Police Department, the Los Angeles Police Department, and the Los Angeles Sheriff’s Department. The LAACETF provides a coordinated law enforcement effort to target airport/airline internal criminal enterprises that use the aviation system to transport large amounts of illicit drugs throughout the United States and various international destinations. The LAACETF focuses on LAX and other Southland airports, including John Wayne International Airport, the Los Angeles/Ontario International Airport, the Long Beach Airport, Bob Hope Airport, the Van Nuys Airport, and the Santa Monica Airport.
CONTACT:        Assistant United States Attorney Reema M. El-Amamy
Organized Crime Drug Enforcement Task Force
(213) 894-0552
Release No. 16-058
I 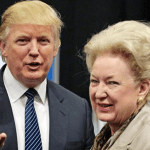 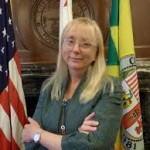