You are here: Home / Latest News / Topping the Forbes 400 Rich List of Lawyers 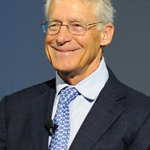 Being a member of the Forbes 400 Rich List is probably a club most would enjoy joining, but it has become harder and there are now fewer lawyers on the list than previously.  Sam Walton, Wal-Mart’s chairman comes in at Number 1 for the lawyers in the club.

Forbes, who estimate the wealthiest 400 Americans’ at around a cumulative $2 trillion (give or take a billion or so), which is they rough GDP of Russia.  It’s also an increase of $300 billion from a year ago and more than double what it was a decade ago.

Forbes report that the average net worth is $5 billion, also an increase of $800 million for more than a year ago.

AbovetheLaw blog took the list and checked the lawyers, looking at both new entrants and dropouts.

This year’s list boasts 33 lawyers. We reached this number by taking the 35 lawyers on last year’s list, noting that none of the newcomers are lawyers, and subtracting the two tycoons who dropped off:    Todd Wagner: Wagner, who made his fortune when he and Mark Cuban sold Broadcast.com to Yahoo for $5.7 billion, is still worth $1.25 billion. But he narrowly missed this year’s increased cutoff of $1.3 billion — and now the humiliated UVA Law grad is on A-T-L.

Since UVA Law and HLS lost one alum each, they fall into a five-way tie for having the highest number of graduates on the list. The other three schools with three alumni on the Forbes 400 are Stanford Law, Northwestern Law, and SMU Law.

And so AbovetheLaw took a close look at the list and reported:

As we noted earlier, most of these wealthy law school graduates are not practicing attorneys, and many have never pursued careers in law. The majority have earned their billions through investments, hedge funds, real estate, or, of course, inheriting the family fortune. Still, there are some intriguing legal backgrounds on the list:

Wondering which law school gets bragging rights for having the highest number of graduates on the list? The University of Virginia and Harvard Law School tied for first place, with a grand total of four alumni each on the list. Stanford Law School, Southern Methodist University, and Northwestern University tied for second, each boasting three billionaire alums.

The full list is on the Forbes website, featuring profiles for each of the 400 members. We’ve also compiled a Google Docs spreadsheet for your perusal, which includes each person’s rank, net worth (in billions), law school, and biographical information (in the “comments” column):