You are here: Home / News / Former Burbank Income Tax Preparer Sentenced to 37 Months in Federal Prison for Defrauding the IRS of Over $7 Million in False Tax Refunds 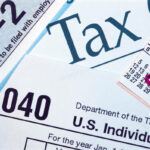 Peter Chavez, 44, — former operator of Tax Care 4 Less and later known as Tax Care For Less, in Burbank — was further ordered by Judge Gutierrez to pay a fine of $50,000, and barred from preparing tax returns during his period of supervised release.

In support of the sentence, Judge Gutierrez found that the defendant defrauded the IRS and his clients, involving his unwitting clients in the scheme which resulted in them facing unwelcome IRS tax audits and having to pay back the tax refunds they thought they legitimately received.

According to documents filed with the court, Chavez admitted that between 1999 and 2002, he prepared, or supervised the preparation of thousands of federal income tax returns for clients of his business Tax Care 4 Less, which he filed by electronic means with the IRS.  In preparing these tax returns, Chavez claimed false or fraudulent itemized deductions–including false mortgage interest expenses, inflated state, local and personal property tax deductions, inflated deductions for charitable contributions and miscellaneous deductions, and false educational credits–resulting in a reduced tax liability for Chavez’ client-taxpayers and inflated tax refunds.  As a result of the fraudulently filed tax returns, refunds were generated causing a tax loss to the government of $7.38 million.

Since 2003, Chavez has not worked regularly.  He moved to Mexico for a time, and chose not to work because he was afraid he would be found and prosecuted for this case.  Chavez remained a fugitive until his arrest on March 5, 2013 in Hemet, California.  Chavez has remained in federal custody since his arrest.

The investigation and prosecution of Chavez was conducted by IRS Criminal Investigation’s Los Angeles Field Office, in conjunction with the United States Attorney’s Office for the Central District of California.