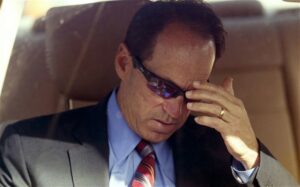 In court today, London admitted taking cash bribes and luxury items in exchange for providing confidential information he obtained as an employee of the international accounting firm. Federal prosecutors and London’s defense attorney have not agreed on the specific amount of money involved in this case – meaning the value of the bribes, the losses suffered by companies whose stock was illegally traded, and the profits realized by Bryan Shaw remain the subject of dispute between the parties.
However, the government believes that Shaw realized profits of approximately $1.27 million after trading on the insider information provided by London.
London pleaded guilty before United States District Judge George H. Wu, who scheduled a sentencing hearing for October 21 at 8:00 a.m.
Tweet
Share
Pin
Share
Share
0 Shares
/a>