LawFuel.com – Best Law Newswire – Preet Bharara, the United States Attorney for the Southern District of New York, announced that SATNARINE SEEBACHAN, formerly a program director at Bronx Shepherds Restoration Corporation (“Bronx Shepherds”), a not-for-profit corporation in the Bronx, New York, was found guilty yesterday of soliciting and accepting a bribe in the form of labor and materials for the renovation of his residence from a contractor who received federally funded contracts from Bronx Shepherds.

SEEBACHAN was convicted after a five-day jury trial before U.S. District Judge George B. Daniels. 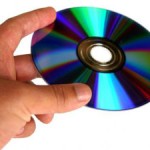