Previous Next
TwitterFacebookLinkedInPinterestRedditEmail
LOS ANGELES – Three men were taken into custody this morning after being indicted by a federal grand jury on a host of federal charges related to the sexual exploitation of a 15-year-old girl. A fourth defendant named in the indictment is expected to be taken into custody later today.
The indictment alleges that the defendants participated in the production of child pornography involving the 15-year-old victim. The three arrested this morning are:
These defendants are expected to be arraigned on the federal charges this afternoon in United States District Court.
The fourth defendant – Leprinceton Dewon Burks, also known as “Dapper P” and “Pete Williams,” 31, of Carson – is expected to be taken into custody later this afternoon and to be arraigned tomorrow afternoon in federal court.
The indictment alleges four counts of conspiracy to produce child pornography. Those charges relate to four incidents:
The indictment also alleges 12 substantive counts of producing child pornography involving the 15-year-old victim. Each of the four defendants is charged in at least two of these substantive counts.
An indictment contains allegations that a defendant has committed a crime. Every defendant is presumed to be innocent until and unless proven guilty in court.
The child pornography production charges alleged in the first 16 counts of the indictment each carry a mandatory minimum penalty of 15 years in federal prison and a maximum sentence of 30 years in prison.
In addition, Sutton and Leprinceton Burks are each charged with one count of possession of child pornography, an offense that carries a potential penalty of 10 years in federal prison.
The indictment follows a state court prosecution of the men, who were convicted of charges that include conspiracy to pimp a minor, sexually assaulting an unconscious victim and statutory rape. They previously received sentences of up to four years and four months in state prison.
This case was investigated by the FBI’s Innocence Lost Task Force and the Los Angeles Police Department Detective Support and Vice Division, Human Trafficking Unit.
TwitterFacebookLinkedInPinterestRedditEmail 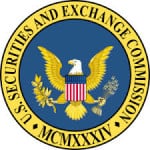 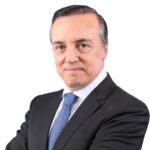