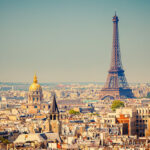 Gide Loyrette Nouel is one of the only French firms to have established an international presence outside of those who have expanded from the United States or the United Kingdom.

The Lawyer reports that the team who left Morgan Lewis includes Paris managing partner Anne Tolila and partner Jean Leygonie, who were both part of the team that left De Pardieu Brocas Maffei & Leygonie to launch the Paris office for Morgan Lewis in 2004

Four other partners and their teams are to join the funds formation, competition, employment and taxation practice groups.

A statement from Gide senior partner Baudouin de Moucheron and managing partner Stéphane Puel said: “We are delighted to welcome these nineteen lawyers, whose quality, enthusiasm and importance on the market has been known to us for a long time now.”