It will also give Global Ports control over St Petersburg’s First Container Terminal and the Ust-Luga terminal near the Gulf of Finland. The enlarged group will also have the option to acquire 50 per cent of Illichevsk Container Terminal in Ukraine from NCC’s owners for $60m within three years of the merger’s completion. The transaction is expected to be finalised in three to six months.

Sebastian Lawson said, ‘Russia’s expanding middle class and increasing reliance on containers for transport have contributed to the Russian container market growing at one of the fastest rates worldwide. Despite the challenging outlook for the global container industry, Russia’s shipping sector continues to offer strong growth opportunities.’

This deal underlines Freshfields’ experience in the shipping sector. The firm previously advised Global Ports Investments on its successful offering and listing on the London Stock Exchange. 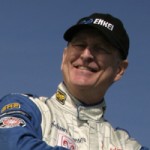