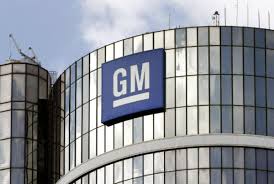 HOUSTON, April 9, 2014 LawFuel.com  — A Texas woman who suffered critical injuries in a terrifying car accident last December has filed a state district court lawsuit against General Motors and other defendants based on claims that a faulty GM ignition switch caused her 2007 Pontiac Solstice to lose control and prevented the car’s airbags from deploying.

Delphi Automotive, the England-based manufacturer of the ignition switch, and Houston-based Mac Haik Auto Direct, which sold the vehicle to Ms. Adams, also are named as defendants.

Ms. Adams was injured in the car crash shortly after noon on December 23, 2013, while driving to celebrate Christmas with her family in Lufkin, Texas. According to the lawsuit, Ms. Adams was driving north on U.S. 59 when the ignition switch failed in her Pontiac Solstice, causing the car to spin out of control and slam into a tree. Despite the collision, the lawsuit says, the car’s airbags did not deploy because of the ignition switch failure. Ms. Adams suffered a broken neck, broken ribs, and other severe injuries that required the amputation of both her legs. She’s now attempting to recover while living with her parents.

“There’s no doubt that General Motors knew about these problems long before Tiffany’s crash,” says Mr. Lanier, counsel for Ms. Adams. “This needless accident would not have happened if GM simply had warned customers that their cars included an ignition switch time bomb.”

Ms. Adams’ Pontiac Solstice is one of more than 2.6 million GM models that since have been recalled based on an ignition switch failure that can turn off a vehicle’s engine and cause vital components to malfunction, including the power steering system, anti-lock brakes, and airbags.

“I am heartbroken for all the families who have suffered and lost loved ones because GM failed to do the right thing,” Ms. Adams says. “I pray that GM accepts responsibility for the harm it has caused to so many people and that justice is served.”

The three law firms representing Ms. Adams all have extensive experience in automobile defect cases, including the ongoing litigation over unintended acceleration in Toyota vehicles. Ms. Cabraser serves as co-lead counsel for the Plaintiffs’ Liaison Committee for the Personal Injury/Wrongful Death Cases and Mr. Lanier has been selected to try the first Toyota personal injury lawsuit stemming from the national litigation over unintended acceleration.

About The Lanier Law Firm

Leger Adkins is a plaintiffs’ litigation firm based in Houston. Co-founder Bradley L. Leger has litigated cases against many of the largest corporations in America and abroad, recovering millions of dollars for clients in cases involving products liability, medical malpractice, and premises liability. He currently represents clients from more than 35 states in cases involving defective products. For more information about the firm, visit www.legeradkins.com .

Lieff Cabraser Heimann & Bernstein, LLP, with offices in San Francisco, New York, and Nashville, is committed to achieving justice for consumers and the injured, promoting safer products, and holding corporations accountable for fraud and misconduct. Numerous legal publications have consistently recognized Lieff Cabraser as one of the nation’s top plaintiffs’ law firms. To learn more about Lieff Cabraser’s work on behalf of clients across America in injury and wrongful death cases, please visit http://www.lieffcabraser.com . 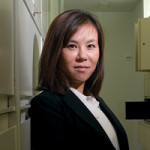 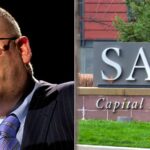