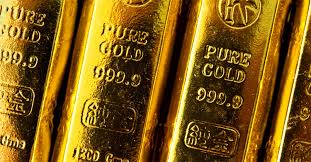 LawFuel Contributor – Turmoil in the financial markets has seen fast-growing investor interest in gold investment.  However changes in US regulations have seen gold investors in the U.S. facing major obstacles over issues ranging from storage to tax.

With continued rapidly increasing sovereign debt, loose monetary policy, and wasteful government spending all over the western world, many analysts regard the changes by U.S. lawmakers as a further sign that gold investment is more important than ever.

But the challengers facing those in the gold market continue.  For instance, last year one of the largest of the gold storage companies, ViaMat, told its customers in the US that it was no longer interested in their business.

The reason for the turnaround was what ViaMat explained as the  “rapid and substantial changes in the general regulations within this business. … As a consequence of these changes, Via Mat International has taken the decision to stop offering this service at its vault outside of the US to private customers with potential US-tax liability.”

At issue on this occasion has been the 2010 Foreign Account Tax Compliance Act (FATCA), which has become a 500 page tome regulating investment not only in the United States itself but across the globe.

The IRS has become increasingly aggressive in its pursuit of investors who they see as avoiding tax obligations, as evidenced by their pursuit of Swiss bank UBS.  The long arm of the IRS is now reaching into many countries and requiring other countries’ institutions from doing its “dirty work” as Forbes magazine described it.

Even those with no intention of avoiding any US law are caught in a web woven by the IRS and FATCA, which provides major obstacles to opening foreign bank accounts and undertaking offshore investment in a variety of fields, including gold investment and storage

Under U.S. reporting rules, offshore ownership by U.S. persons of precious metals titled directly in an individuals name does not have to be reported either to the IRS under (FATCA) on IRS Form 8938, or the Statement of Specified Foreign Financial Assets or the U.S. Treasury’s Report of Foreign Bank and Financial Accounts (FBAR) Form TD F 90-22.1.

So why did Via Mat take this drastic step to dump its U.S. customers?

ViaMat does a lot of business within the U.S. and as a result is heavily exposed to the ever expanding regulatory environment there. And while the bullion stored in Via Mat’s vaults outside the U.S. are outside the control of the IRS, it is the ramifications to their U.S. domiciled business that they are concerned for and which have resulted in their dramatic dumping of US clients.

A common response from governments who come under financial pressure is to impose capital controls upon investors.  In recent times we have seen Vietnam impose restrictions on gold bullion and gold materials entry and exit from the country. Legislation such as FATCA and FBAR are tools that will enable the U.S. government to implement capital controls.

Where to For Gold Storage?

The issue for many investors in the United   States is what they must now do to protect their wealth.

Many still wish to invest in gold and to store it offshore.  But where, exactly?

The gold storage business has become important, if less glamorous, than the actual gold dealing and investment business.

For investors, the securing of well run, legally safe and politically stable gold vaults has become as important as having a good gold broker.  The gold vaults need to be free of US government ties and independent of their own governments and financial systems.

Much of the new storage is going to stable jurisdictions like Singapore, which has a politically and financially stable system and which also welcomes gold storage.  The issue here is that the vaults in Singapore and most other countries, are owned by banks or logistics companies such as Brinks (American owned), Malca-Amit Global, and Via Mat, which have high levels of exposure to, and reliance on the U.S. market. So like Via Mat they are subject to pressure and influence by the U.S. government

Another factor which is not immediately obvious to bullion investors is that most off-shore gold storage programs offered by your bullion sellers, store their bullion in vaults owned by these logistics companies.

One vault operation  that does meet all the above criteria is New Zealand Vault Limited.  They are privately owned and do not have any operations outside New   Zealand. They simply lease you a safe deposit box to store your bullion

They have come up with an ingenious way to allow you to deposit bullion without having to fly all the way to New Zealand. They use an independent accountancy firm, Grant Thornton New Zealand to act as your agent. Grant Thornton audits your bullion on arrival and they then lock it in your own safe deposit box.

NZ Vault hold the key in their safe custody and write to you to confirm it has been safely deposited. Another aspect that is different from other off-shore bullion storage programs is that you can visit the vault and see you bullion if you are ever in New Zealand.

Certainly there is an urgent need by investors who seek the sanctuary of gold to locate storage facilities that provide the requisite requirements to both security and efficiency.  The requirement for a facility that is also accountable and auditable and exists within a creditable legal system is also vital.  There are, it would seem, relatively few alternatives in a world that is increasingly susceptible to US political and legal pressure imposed upon ‘gold bugs’ seeking safe and secure gold storage alternatives. 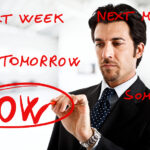 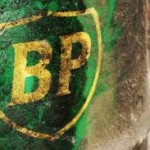