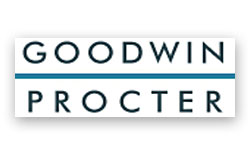 Law firm Goodwin Procter is to close its San Diego office with the loss of law jobs for partners and staff.  The closure will occur on September 30, losing jobs for four partners and six lawyers, as well as 12 staffers.

Bloombers report that the rest of the firm’s San Diego staff will have the chance to relocate elsewhere.

The office has six partners, 12 associates and 16 staff members, according to a memo by Chairman Regina Pisa and managing partner Robert Insolia.

“When we opened the office in March 2007, we envisioned that the San Diego office would be a significant source of corporate transactional work, particularly in the life sciences and biotech areas,” Pisa and Insolia said in the memo. “While this was the case initially, and while these practices have continued to grow nationally at the firm, we haven’t been able to realize our initial vision.”

Some law firms are trimming payrolls because of a slowdown in business since the 2008 financial meltdown and competition from lower-cost legal-service providers.