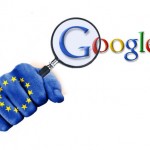 The mood in European regulators has changed against Google, with the EU Competition Commission Joaquin Almunia saying that it was almost certain that Google would need to revise its proposals so far as anti-trust issues were concerned.

Gigaom reports that when referring to the extended period that Google’s rivals have been given to formally respond to the proposals, Mr Almunia said: ‘We will analyse the responses we have received, we will ask Google, probably, I cannot anticipate this formally, almost 100 per cent we will ask Google: you should improve your proposals.’

The proposals – revealed by Google in March – drew criticism almost instantly from British comparison website Foudem which claimed the proposals would not change the alleged bias in Google’s search returns.
The European Commission’s original deadline of 26 May for responses to Google’s concessions has been pushed back to 27 June.