Major questions are being raised about how Darren Wilson and the police handled matters in Ferguson, following the public interview with Wilson, the policeman who fatally shot the unarmed black teenager.

The shooting of course has triggered a range of other civil disruption and rioting quite apart from raising questions about how the police and Wilson handled themselves on the night when Michael Brown was shot.

For instance, could Wilson have readily “de-escalated” the situation?

Why wasn’t Brown Tasered instead of fatally shot?

Did Brown have his hands up or not?

The New York Times wrote a major piece on the array of issues that follow the Grand Jury’s decision and exactly what occurred – or what might have occurred.

As The Times report, the shooting of the 18-year-old, Michael Brown, has continued to raise questions about whether the officer handled the brief and deadly confrontation correctly. It also has become part of a broader national debate over police tactics and potential racial bias in policing.

And with the unusual release of the evidence presented to the grand jury, criminologists and experts in police procedure and tactics now have an extraordinarily detailed record with which to evaluate the shooting, which touched off riots in Ferguson and protests across the country.

To many experts, Officer Wilson’s actions in the confrontation with Mr. Brown — as he described them to the grand jury — were within the bounds of standard police protocol.

Officer Wilson testified to the grand jury that the two struggled over his service weapon while he was still in his police vehicle, and that later, after a brief chase, he fired the fatal shots at Mr. Brown because the teenager was coming toward him in a threatening way. 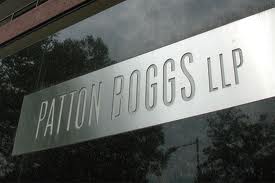