You are here: Home / Lifestyle & Travel / The New “Secret” and Gravity Manifestation’s Scandalous Claims of Success 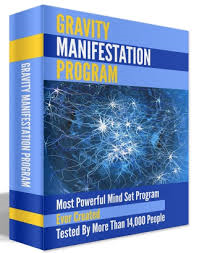 Gravity Manifestation is a new course in the nature of the famed and feted “The Secret”, which purports to have the secrets to harnessing “staggering powerful” techniques – the so-called “Law of Attraction” that gives believers the key to unlimited success.

Is this all baloney?

There is an industry around self help courses and books, “The Secret” being one of the most famous and successful iterations, but the new Gravity Manifestation course is one based on supposed “secrets” that other positive thinking gurus have supposedly kept secret.

Well, the marketing copy is terrific and it focuses upon everything you need to know in order to gain these secrets to success by claiming that there is a more powerful “thing” at work here making your mind more powerful in terms of health, wealth, relationships, spiritual fulfilment and everything else.

Again, you need to read the Gravity Manifestation copy to see what you think.

There are evidently seven minutes a day required to achieve what the course can deliver – a set of actions that anyone can do.

These techniques are delivered as a vortex that points to key differences from traditional guru-speak:

first – they are not based on positive thinking

second – they are not based on the “power of intention”

third – they are not based on an “abundance mentality” 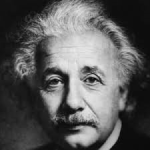 Instead, they are based on something Albert Einstein identified and used to achieve his “unimaginable wealth and fame”.

They are based on a basic principle of modern physics. It challenges the theory that the universe is like some waiter simply awaiting commands for greater wealth and health and anything else we require.

Developed by physicist and highly successful multimillionaire businessman Ed Kerrington, the program involved Kerrington breaking down the law of attraction n a manner where it could be applied with massive success by anyone using its key principles.

It required some basic and fundamental scientific truth rather than “baloney” about beliefs and sayings.

It relies upon gravitational force to propel the mind in a more powerful manner than anything that has been achieved previously.

Even in the deepest depths of outer space, the planets and galaxies are held in position by gravity and the energy, filled with energy, requires your own mind to exude a gravitational force also.

A force that is of almost unimaginable power.

The program requires a brief seven minute use of mental picturing and protocols to use their scientifically designed gravitational forces to literally ‘force’ success upon the user.

It is not, however, a meditation practice but rather uses what the developers call the mind’s ‘gravitational field’ to achieve success in either tangible or material ways.

Ever sceptical of  boastful claims, we found a 60 day guarantee on the discounted price here

Calvin Goodrich, Chicago:  “Using the Gravitational Manifestation Program is like having a cheat sheet for life . . From my dream car to my dream home I’ve everything I wanted..”

Sandra Chan, St George, Utah:  “I simply cannot express in words how incredibly powerful the Gravity Manifestation Program has been in my life . .”