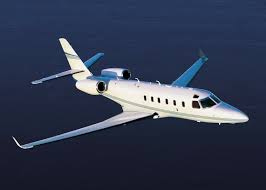 LOS ANGELES – The former director of finance and accounting at Gulfstream Aerospace Corporation’s Long Beach facility was sentenced today to 135 months in federal prison for embezzling more than $10 million from his employer over a 13-year period.

Marvin Jay Caukin, 66, of Calabasas, was sentenced this morning by United States District Judge John F. Walter, who remanded the defendant into custody at the conclusion of the sentencing hearing.

In addition to the prison term, Judge Walter ordered the defendant to pay $10.25 million in restitution, and to forfeit to the government his interest of at least $2.4 million in properties in Calabasas and Toluca Lake.

Caukin pleaded guilty in January to conspiracy to commit mail fraud, admitting then that he participated in a long-running scheme to defraud Gulfstream by submitting fictitious business invoices to the aerospace company. According to court documents, the invoices were from bogus companies that had been set up by Caukin’s relatives and associates, and had names that were similar to actual businesses involved in the aerospace industry. Once Gulfstream issued checks in response to the invoices from the bogus vendors, Caukin used the funds to pay for range of personal expenses, including his mortgage, car payments, credit cards and professional escorts.

The scheme ran from soon after he was hired by Gulfstream in the fall of 2000 until approximately May 2013, when he was terminated by the company for failing to disclose a prior embezzlement conviction in federal court and lying about a job he supposedly had while he was actually in prison.

Caukin “proved that short prison sentences do not deter him when he resumed embezzling just after being released from a combined 39-month sentence,” prosecutors wrote in a sentencing memo filed with the court.

“[F]rom 1994 until 2013, when defendant was fired [from Gulfstream], the only years defendant was not continually committing fraud were those in which he was incarcerated.”

The investigation into Caukin’s scheme was conducted by the Federal Bureau of Investigation and the United States Postal Inspection Service.
[table id=9 /] 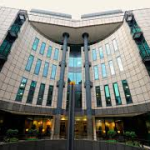